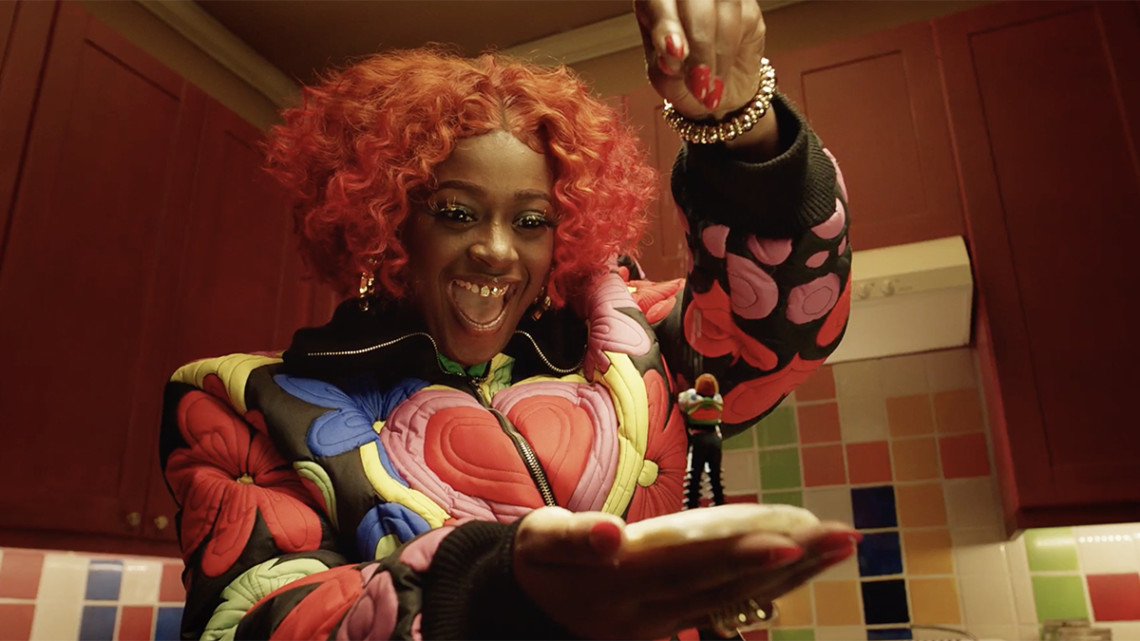 Rapper Tierra Whack stars alongside a miniature version of herself in Apple's holiday spot. Apple

When Apple debuted its HomePod voice-activated assistant in 2018, the brand blew the world’s collective mind with “Welcome Home,” its ad aimed at building buzz around the device. The Spike Jonze-directed spot starring FKA twigs became an instant classic and was named one the year’s best ads by Adweek.

Now, with the debut of the more compact HomePod Mini, Apple and agency TBWA\Media Arts Lab are back with an ad that continues the earlier spot’s theme of how music can boost your mood. This time we don’t get the level of mind-bending visual effects seen in “Welcome Home,” but we do get an uplifting platform for another rising star: American rapper and songwriter Tierra Whack.

A little over 2 minutes long, “The Magic of Mini” shows Whack returning to her apartment in a dreary state, her scarf dragging along the cold gray sidewalk (a painful visual for any city dweller). But soon her HomePod Mini adds a colorful, miniature version of herself to the equation, and her mood quickly improves.

The spot serves as the brand’s holiday ad for 2020. The selection of Whack as the ad’s star is reminiscent of Apple’s prescient selection of Billie Eilish for its 2018 holiday track, shortly before Eilish became a global phenomenon.

While that 2018 holiday ad was a detail-rich animated tale of the creative spirit, last year’s Christmas spot took a more emotional and real-world turn by showing how an iPad could bring three generations of a family together in an unexpected way.

This year’s ad lies somewhere between the two, blending a scenario from everyday life with magical surrealism. It was directed by Prettybird’s Calmatic, who also helmed TurboTax’s “All People Are Tax People” Super Bowl spot from Wieden+Kennedy Portland.

Apple is known for being a brand with an eye for emerging musical talent, with the spotlight this time going to Whack. Two of her songs—Feel Good and Pepper and Onions—are featured in the ad.

The 25-year-old multitalented musician has collaborated with some of the biggest names in entertainment over the past two years, including being featured on the 2019 Beyoncé-curated soundtrack The Lion King: The Gift. She also appeared alongside ASAP Rocky and Tyler, the Creator on Lil Yachty’s song T.D earlier this year.

Here’s a look back at some of Apple’s holiday ads from previous years: