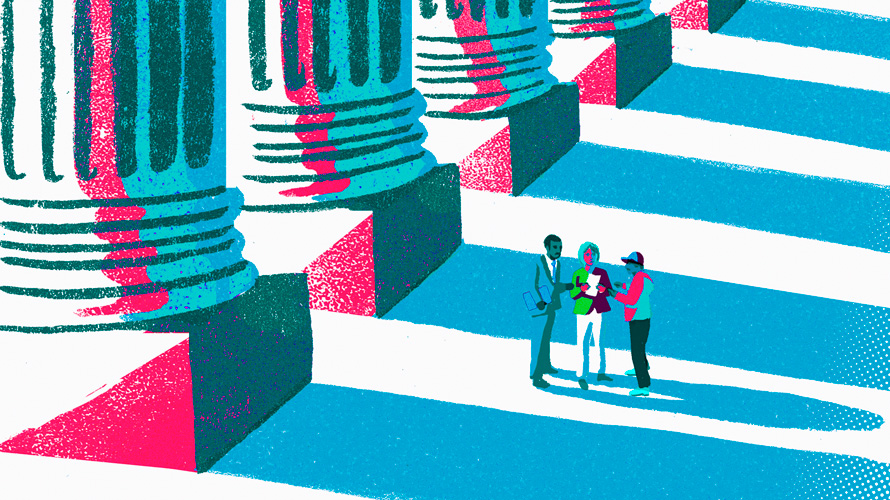 The issues we’re witnessing on a global scale are much bigger than each of us can solve on our own. Getty Images In 2020, we will see a fundamental shift in how people think about the world. This is due to the growing pressure of issues threatening human existence: climate change, space races, income inequality, food shortages, water shortages, fires, floods, etc.

As these threats grow, we will see various forms of marketing change mostly because we will be tired of people who are just trying to make money. Instead, we want to see people who create change. In the same way that entrepreneurs are no longer our cause de celeb and have been replaced by social entrepreneurs, so too will traditional influencers become less relevant.

Our interest in influencers is waning, but our interest in advocates (cause-based celebrities) is on the upswing. Greta Thunberg, Mari Copeny (aka Little Miss Flint) and Malala Yousafzai are influencers because they are advocates. The growing importance of advocates sheds light on the shifting narratives that matter as our world is under continued threat. We don’t have time for people selling weight-loss teas while the Amazon burns.

Now more than ever the market is poised for new positioning through influencer advocacy—and, to be honest, all types of advocacy.

We don’t have time for people selling weight-loss teas while the Amazon burns.

We’re beginning to see a shift in the roles of influencers, from fostering communities for profit to cultivating communities that can mobilize for a cause. In 2020, the role of the influencer will shift to a focus on making an impact through actions that they can inspire in their community.

Individuals matter less when the world is burning

When we zoom out and think about the lifecycle of the global crisis, we know it is a series of pendulum swings. We are currently in a swing between a preference for individualism and a call for collective action. Many argue this is reminiscent to the time before World War I. Regardless of the historical antecedent, the shift will happen. It is happening. Gen Z and millennials are already more disposed to collective action. As such, influencers of all types (social media, business leaders, politicians, activists) who rise to the top will be those advocating for an improved world.

When examining the rise to fame of an influencer advocate, the arch is quite simple. Each starts with a catastrophic event and exposes a broken system. This makes the underlying issues that caused the catastrophic event undeniably clear. In the end, their singular voice unites a cause with action. From Greta’s #FridaysForFuture to the Malala Fund, we’ve seen the cycle repeat.

Anyone who wants to engage an influencer needs to do so with the understanding that it’s not about you. Right now, it’s about what you can do to help change the course of history. Right now is a time for revolutionaries, for dreamers, for fighters, for changemakers.

If you can’t be an advocate, then support one

We often idolize influencers in the media and online because they represent a cause we care about. However, they are not the solution; they’re are single individuals who have galvanized a community. Greta, Mari and Malala aren’t the solutions. Individuals do not solve our collective social problems. They can start a movement, but we must gather behind them to create change.

As consumers look for ways to do their part within the growing list of global issues, they’re increasingly turning to social influencers to understand issues, connect with organizers and donate in real life. In turn, those influencers are delivering in real time.

In a recent survey by Whalar, nearly one-quarter of the influencers surveyed dedicated some portion of their content to social causes this year, including climate change, civil rights and gender equality, with expectations that this will increase in the 2020 U.S. election year. Concurrently, belief-driven buyers” (i.e., individuals who were swayed to purchase because of influencer activism) rose from 51%-64% worldwide over the last year.

Authenticity is not CSR; it is systemic change

Trend reports for 2020 are forecasting that brands and influencers that are authentic will have the most staying power, meaning brands that are actually doing something to support and create systemic change. We’re in the midst of witnessing society growing up: a mentality shift that this is no longer me versus we. From the climate crisis to the space war to the political zeitgeist, we’re no longer able to operate in an individualist society.

The issues we’re witnessing on a global scale are much bigger than each of us can solve on our own. In order to solve them, we’re going to need to integrate, act collectively and see big solutions to complex problems. We are going to need everyone to think like a revolutionary, pull together communities and activate for ideas they care about. Together we create change. Together we act. Together we are all advocates.