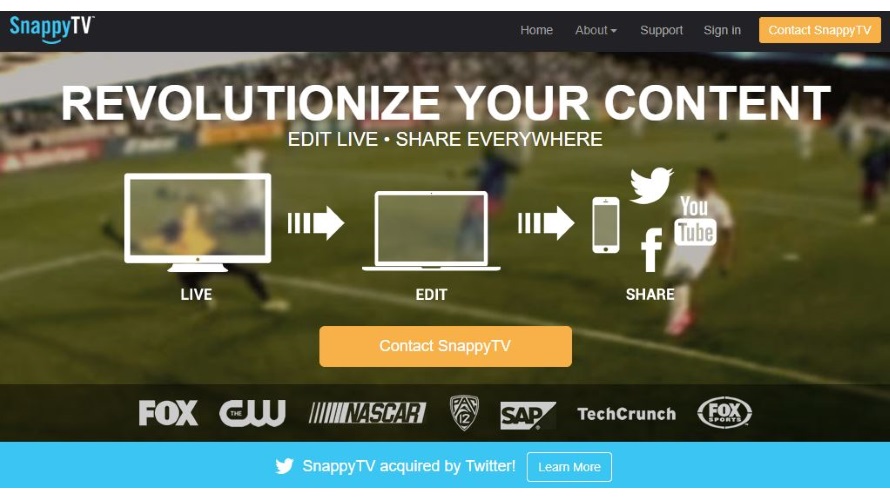 SnappyTV, the video-editing tool acquired by Twitter in June 2014, is reportedly being phased out.

Sahil Patel of Digiday reported that Twitter will replace SnappyTV with a new video-editing tool inside its Twitter Media Studio suite of products for media companies.

Patel reported that Twitter has been informing television broadcasters and other SnappyTV users that it plans to “sunset” the tool by the end of the year, adding that SnappyTV no longer supports direct uploads into third-party video players, according to one digital publishing source.

A Twitter source told Patel plans for the new tool to replace SnappyTV are still in the early stages, and the social network has not decided whether the new tool will support off-platform syndication—a major red flag for publishers that spoke with Patel.

SnappyTV users had been able to distribute clips outside of Twitter as long as those clips debuted on Twitter.