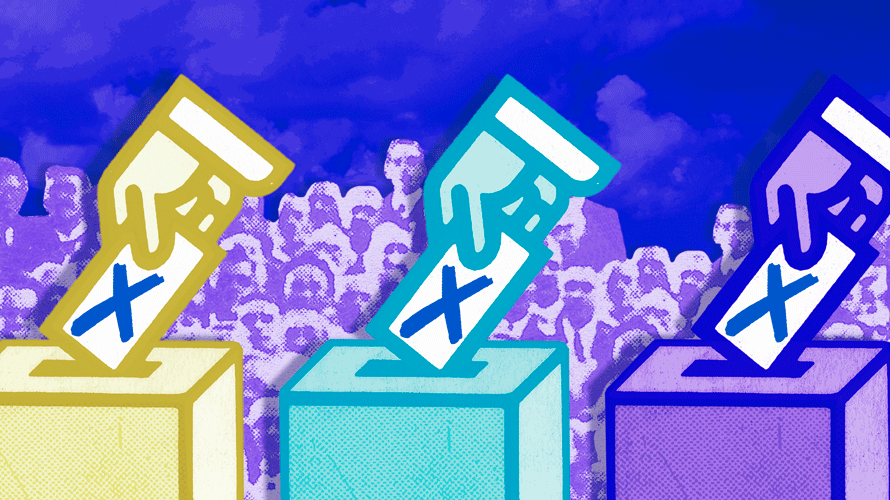 The one and only thing everyone in Washington agrees on right now is that we’re headed for trouble, thanks to nonsensical political ad policies recently announced by the biggest players in digital advertising.

While Facebook has insisted on a laissez-faire approach to political ads, both Twitter and Google have put restrictions on the practice, which has been plagued with manipulative ads featuring misinformation and slander, not to mention possible meddling from agents abroad.

While Zuckerberg stands firm on freedom of speech, Google has placed targeting restrictions on political ads (no micro-targeting or retargeting allowed), and Twitter has banned political ads altogether, with the exception of “issues ads,” which also cannot be micro-targeted. Facebook is under immense pressure to follow suit and is rumored to be considering a ban on micro-targeting for political campaigns as well.

Everyone seems to be in agreement that these approaches are not just bad for the democratic process, but bad for advertising. Top Democratic and Republican strategists are aligned in their disdain for these new policies, and leading digital strategists agree on the overwhelmingly negative impact this will have on campaigns.

The rationale behind the changes is that microtargeting—particularly when it comes with a side of mudslinging, hold the fact-checking, please—can be manipulative. Targeting small, niche groups with ads featuring false messages give those rumors tinder to spread their flames. By allowing broader targeting only, more people are likely to see ads, fact check them and dispel any lies or unsubstantiated rumors therein.

Microtargeting prospective voters is a tactic that dates back to Bush in 2004. That president’s campaign strategists broke new ground and pioneered tactics that Obama would adopt with even greater skill, scale and success. Better targeting has helped campaigns of all sizes find a louder voice online, especially smaller campaigns with limited budgets.

Why does it matter?

Better targeting has helped campaigns of all sizes find a louder voice online, especially smaller campaigns with limited budgets.
If we’re thinking rationally, every player in digital advertising should be concerned by these new restrictions. As we approach 2020, ads should be getting more targeted, not less.

Consider the alternative to microtargeting. Essentially, it’s carpet-bombing large geographic areas, instead of building one-to-one conversations with prospective voters. For the last decade of digital, we’ve focused on relevance and personalization, and now we’re saying that the best strategy is to flood audiences with ads that may be completely irrelevant to them? It makes sense if your company stands to get rich off wasted media dollars, but why would anyone else take this position, especially when we’re already fighting the uphill battle against ad blocking?

The digital advertising industry has coalesced around ideas like people-based marketing. We’ve developed AI and algorithms and built an army of data scientists. Why are we throwing that away when Washington wants to enter the sandbox? Can’t we tailor all this technology to accommodate political ads instead of hamstringing them?

Political marketers should have access to the same tools as brand marketers. Beyond data, they should have unique advertising exchanges, private marketplace deals, granular reporting and more. After all, the goal for political marketers is the same as it is for other marketers: to reach and persuade the correct individuals. Digital advertising with less data just leads to disappointing outcomes and wasted spend.

The open and independent web stands to gain by remaining neutral and making inroads, not creating restrictions, picking favorites and exercising personal bias. The industry can make a profound statement against the walled gardens in question by remaining open and neutral for all advertisers.

Beyond the approaching 2020 general election, these changes will impact every politician running for any office anywhere and lobbyists and advocates for important issues like climate change or reproductive rights. Those ads would fall under the same scrutiny. By lumping all political campaigns into a single category, all of these potential advertisers would be impacted.

Let’s not forget the financial impact. Forcing political campaigns into less targeted buys means they will buy more but achieve less. So, if your campaign can’t boast a big advertising war chest then too bad. Down-ballot and smaller candidates can pretty much write digital off their campaign wishlists now.

And don’t kid yourself, ad tech and mar tech: This hurts everybody, not just the duopoly. Publishers will make less money. Buyers will pay more when they can use data for programmatic advertising. So, prepare yourself for the revenue drop, and adjust your political forecast numbers to the board. It’s going to be bleak.

These moves by three of digital advertising’s biggest players are a step backward. Rather than helping by intelligently repairing this problem, Google, Twitter and Facebook have opted to create a whole new set of potentially larger issues.

Will these platforms reverse their decisions before it’s too late, or will we watch political campaigns, which were beginning to invest heavily in digital, retreat back to analog channels? Too bad we can’t vote on it.

@Requidan Erik Requidan is the founder and CEO of Tradecraft Advisory.