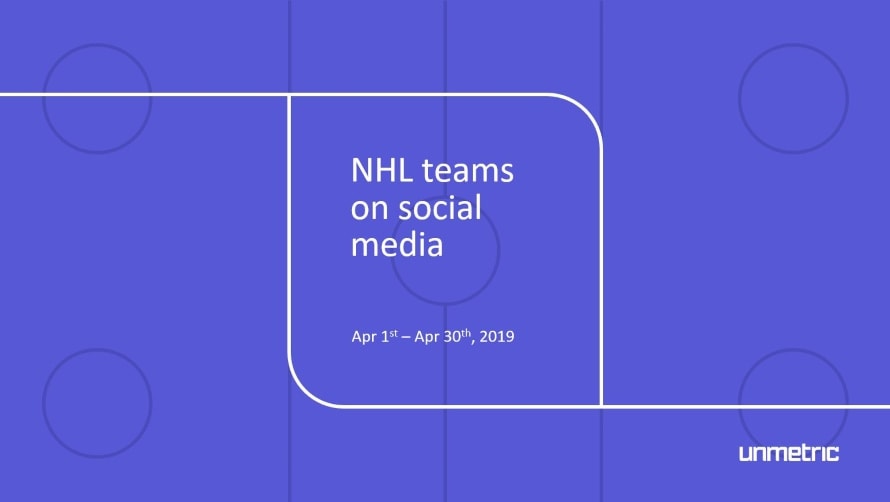 The Carolina Hurricanes were not downgraded to a tropical storm on Facebook, Instagram and Twitter in April, as the club topped all National Hockey League teams in growth across the three social platforms and engagement on the first two, according to social marketing firm Unmetric.

The Vegas Golden Knights also had a strong April, leading in Instagram engagement and likes and comments on Twitter.

Unmetric examined its cross-channel reports for all 31 NHL teams from April 1 through 30, and it also found that: 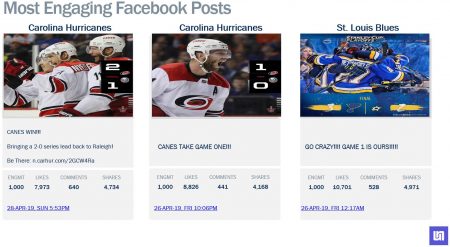 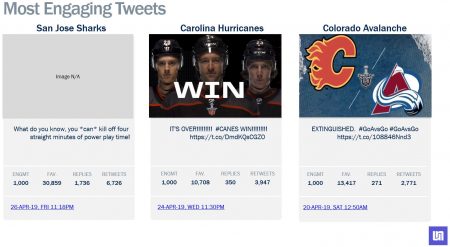 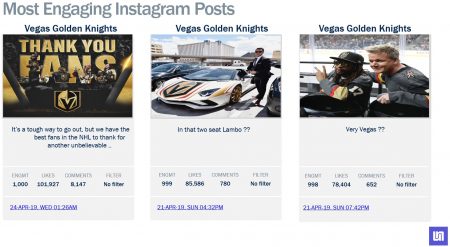