Digital Advertising Is Facing Its Ultimate Moment of Truth, and Billions of Dollars Are at Stake

P&G's Marc Pritchard and CMOs from Bank of America, Unilever and more are demanding transparency 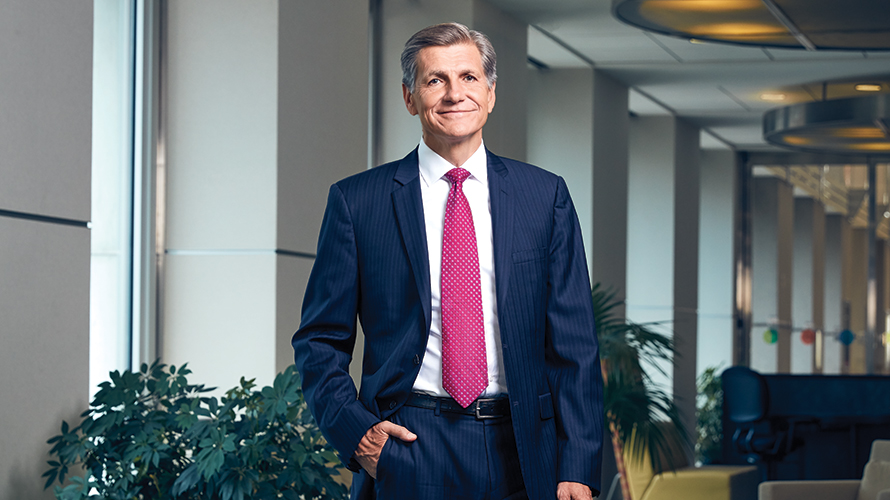 What would you do with a $2.4 billion marketing budget?

You could buy 1.2 trillion online ads. Or you could take over 600 Times Square billboards for an entire year. You could even create 34,285 new marketing jobs, each with an annual salary of $70,000.

Those figures explain why it is that every agency, platform and digital media player has been on high alert since Procter & Gamble chief brand officer Marc Pritchard, who holds the strings to the conglomerate’s $2.4 billion annual U.S. advertising purse, threatened to yank his company’s spend if they fail to address the growing mess of issues in digital advertising like fraud, brand safety and transparency.

This past January, Pritchard raised more than a few eyebrows when he laid out an elaborate, five-point mandate during a speech at the Interactive Advertising Bureau’s annual leadership meeting in Hollywood, Fla., essentially giving all of P&G’s digital advertising partners—namely, the duopoly of Google and Facebook and agencies—a one-year ultimatum stipulating that they clean up their practices and play by the megabrand’s rules or risk losing lucrative 2018 money from the country’s largest advertiser.

“Frankly, there’s, we believe, at least 20 to 30 percent of waste in the media supply chain because of lack of viewability, nontransparent contracts, nontransparent measurement of inputs, fraud and now even your ads showing up in unsafe places,” Pritchard says.

Next week, Pritchard will take his message to Cologne, Germany, where he plans to deliver a keynote speech at Dmexco, one of Europe’s premier ad-tech venues. According to sources familiar with Facebook’s plans, it will unveil several new tools and policies for advertisers that address brand safety—a clear sign that the biggest digital players in the world are paying close attention to Pritchard’s message. 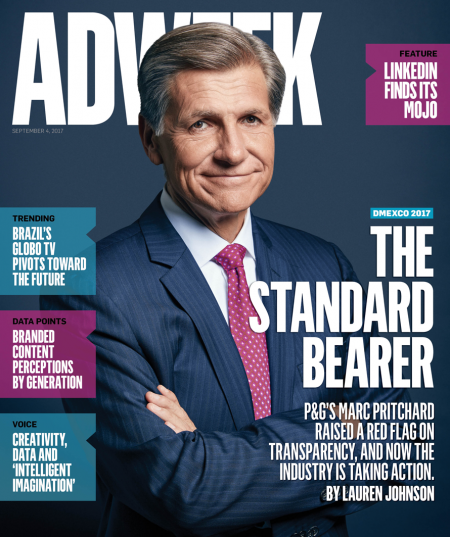 One new specification details how Facebook users can make money off of their content, mimicking similar controls that YouTube put into place in the weeks following the backlash when advertisers pulled ads that ran adjacent to racist and terrorist videos. YouTube now requires that channels amass 10,000 views to prove that they are legitimate before they can begin making money off of uploaded clips.

Such developments only move a few steps toward addressing Pritchard’s major beefs, which include shady agency transparency tactics like media rebates, a lack of standard digital measurement metrics, brand safety and fraud. In short, he says, it’s high time that the industry collectively “grows up and adheres to some common standard.”

He isn’t alone in his opinion among brand execs. As concerns about transparency and clear measurement standards from platforms swell, CMOs from a handful of the world’s biggest advertisers, including Unilever, Johnson & Johnson, Chase and Bank of America, are using their collective billions of dollars to take control of where and how they spend digital budgets.

Going into the fourth quarter—mere months from when Pritchard has threatened to pull the rug out from under major players including Facebook, Google, Twitter, agencies and more—the mandate is 50 to 60 percent complete, he says. More granularly, P&G’s goal of agency transparency is 80 percent complete, eradicating fraud is halfway there and getting platforms to open up measurement reporting to include third-party viewability is roughly 60 percent finished in Pritchard’s mind.(Third-party viewability charges advertisers when 50 percent of a display ad is in view for one second and two seconds for video ads, per industry watchdog Media Rating Council.)

At the same time, the maker of household names like Tide, Pampers and Gillette is slashing marketing budgets to offset sluggish sales of packaged goods. During its last earnings, the company said it cut more than $100 million in digital ads that were largely ineffective. P&G reported net sales of $16.08 billion for the quarter, down from $16.10 billion in 2016, but beat analysts’ expectations of $16.02 billion. 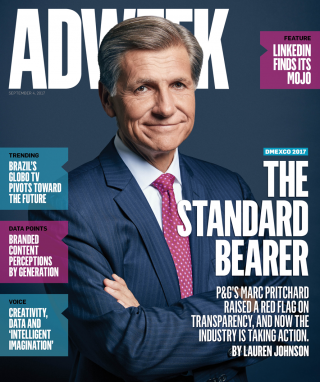