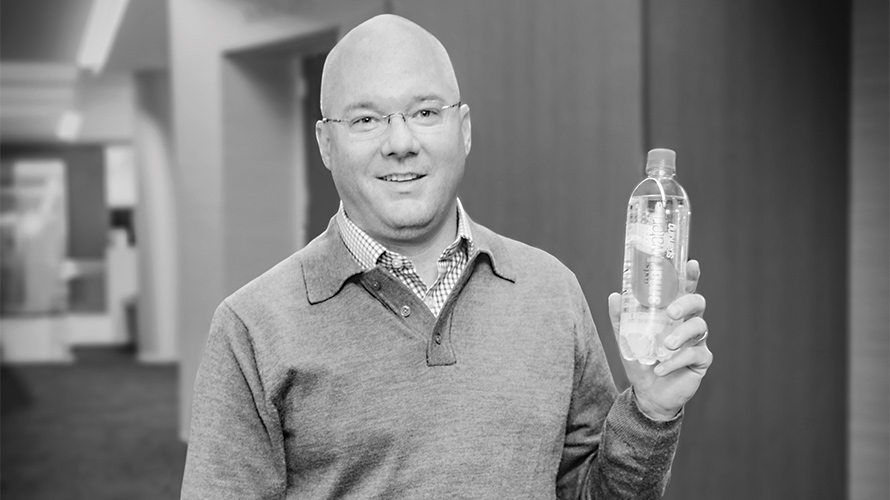 "We experiment in a lot of different areas," Godsman says, "and we have a global platform to do that."
Coca-Cola
Share
By Marty Swant
|
December 4, 2017
Share

When David Godsman joined Coca-Cola as chief digital officer nearly a year ago, his remit was to transform the traditionally brick-and-mortar business into a “consumer-centric beverage brand” for the digital era. Godsman—who spent the past several years in digital banking at Bank of America before heading up the company’s payments and commerce unit—is the first person in the role for the beverage brand. (The company also eliminated its CMO position and moved the role into another team focused on growth and customer experience.)

Coca-Cola is just one of many brands across a variety of industries grappling with how to serve consumers through new digital platforms. Using data, artificial intelligence and connected devices, it’s trying to rapidly test and enact new customer experiences and services.

“This is a large digital transformation exclusive to the Coca-Cola Company,” he said. “It isn’t about changing digital experiences but also about helping customers make decisions in a more effective manner. It’s about an operational transition.”

Adweek: How do you approach R&D and investment in innovation?

David Godsman: We experiment in a lot of different areas, and we have a global platform to do that. A simple example is when we wanted to look at the opportunity of vending and loyalty, Japan was an ideal market for that, and now we’re taking those learnings and applying them elsewhere around the world. What we do is generally experiment with things, and when we think things have grown to the point where they could become what is considered a “best practice,” we then start to syndicate those business units across all of our marketers to make sure that the learning is moving as fast as possible. And then ultimately, as they mature they become more commercialized, where generally we know everybody is adopting the same discipline.

Big in Japan Coca-Cola’s experiment with AI-powered vending machines is a hit.

I hear you’ve been testing AI-powered vending machines.
We’ve got a number of different examples going in the system focused on the vending side of the business. In Japan, one of our largest markets, we’ve got a platform called Coke On. Coke On is essentially a mobile-driven loyalty platform that allows you to walk up to any of the 1 million vending machines in Japan—200,000 in Tokyo alone—and actually be able to redeem loyalty rewards with just the flip of your thumb. It’s leveraging that across the vending network. We’ve also looked at some forms of AI in terms of optimizing how our vending machines are placed and where they’re placed to ensure we’re meeting consumer demand based off of patterns and things of that nature. I would say it’s been a lot of trial. The Coke On app has been incredibly successful; it’s approaching 6 million downloads. People are using it with great frequency.

What do you plan to implement elsewhere in other markets based on that?
People enjoy engaging with vending machines. That may be an assumed fact, but what we see as a reality is people do enjoy engaging with a digital experience as part of a vending transaction, so that’s been interesting. People do vary their beverages and their beverage selections as they do that, but they also appreciate the instant gratification of not only receiving the reward recognition for a purchase but also being able to use digital as a mechanism to redeem that reward. It’s a very fun thing. You literally walk up to a vending machine—the app can determine which vending machine you’re standing in front of anywhere. It pulls up the beverages that are already in it with real-time inventory and presents that back to you on the mobile app as you’re standing in front of the vending machine so you can select from any of those beverages.

You’ve also been experimenting with chatbots. How are they doing?
It’s very much still in its infancy. What we were trying to explore was [how to] effectively use chatbots in serving scenarios. We know that consumers find there is great convenience in being able to find quick answers or to address thoughts that they have. So we’ve tested a little bit in that space (such as using chatbots in the vending machines), but haven’t gone as far as creating highly brand-centric chatbots. We think there’s a lot still to play out there. Frankly, we’re already focused on the voice element.

How do you use data holistically across Coca-Cola and with its brands?
I would say we’re moving from a model where we knew you consumed a brand of ours, but we only knew you in the context of that brand, to a model where we can recognize [a consumer] across every brand that they consume or has affinity for within the Coca-Cola portfolio. And when we start to be able to do that, the relationship and the dialogue we can have with you as a consumer is significantly greater than if we just knew you as a Sprite consumer or just only as a Coca-Cola consumer. So it allows us to help shift the conversation into a broader portfolio conversation and to ensure that consumers have awareness of all the brand and portfolios that are a part of the Coca-Cola Company. 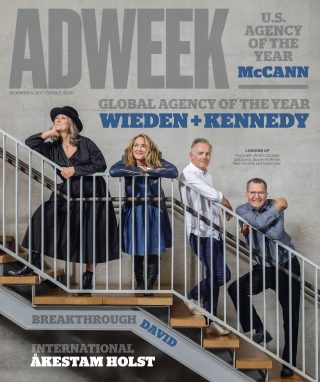