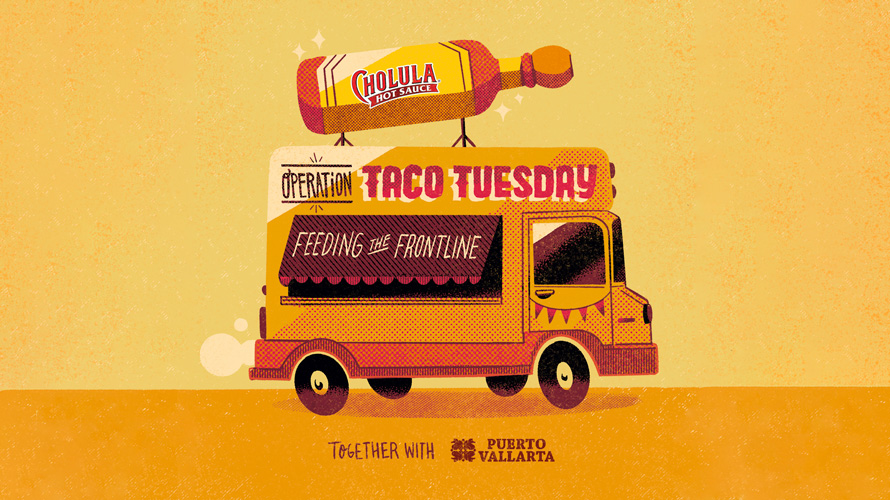 Tequila and food brands are leveraging social media and other long-distance tactics not only to celebrate Cinco de Mayo with consumers, but also to support the struggling restaurant and bar industry.

In addition to Taco Bell’s at-home Taco Bar, Avocados From Mexico launched a gamified digital program encouraging consumers to make guacamole at home. Patrón is introducing several digital initiatives, including opening a Virtual Bar via Instagram Live to raise money for bartenders and hospitality workers. Cholula will also use Instagram Live for its first Tacothon, which will raise money for independent restaurants.

Read more: Find out what other brands are doing to celebrate virtually and support the restaurant community.

Streamers including AMC Networks’ Epix and Showtime have extended weeklong trials into monthlong offers, while other services, including Amazon and HBO, have opted to make some programming available entirely free. It’s partially a gesture of goodwill for homebound viewers, but it also gets people hooked on a service’s programming and converts them into paying customers.

We talked with execs from Showtime, ViacomCBS and WarnerMedia about how they’re focusing marketing efforts on targeting the right programming to these free trial accounts and marketing toward them both in and out of the platform.

Read more: That includes aligning the release of highly-anticipated programming with free trial offers, among other tactics.

How Brands Made the Best of Star Wars Day in Quarantine

Fewer brands seemed to jump on the Star Wars Day bandwagon than in previous years, but there were a few notable moments. Disney’s big announcements included the early release of Star Wars: The Rise of Skywalker along with more new content from the franchise on Disney+. Other memorable stunts included a 3D-printable version of the tracking fobs from The Mandalorian, created by digital experiential agency MVRK, plus themed dinnerware and food storage containers from Corelle and Pyrex.

See it: Explore more of the celebratory projects and announcements that emerged for the “holiday.”

Businesses seeking to grow during the pandemic face a steep challenge—but not an impossible one. In this Voice piece, Ashish Toshniwal, CEO and co-founder of Y Media Labs (YML), offers several key takeaways from his experience building the company during the 2008 recession, when the market for mobile apps barely existed. “Look ahead and not behind,” Toshniwal writes. “The world is not stagnant; business opportunities ebb and flow.”

Read more: Toshniwal offers seven key things to keep in mind for those growing companies during the pandemic.

In a video released Monday, Ryan Reynolds explains that the first full commercial for Mint Mobile was bound to be an ambitious one—but for obvious reasons, it didn’t work out. What we got instead is perhaps better. Reynolds presents a classic slideshow to demonstrate the perks of the brand, and after that, his screen share reveals a chaotic desktop full of Easter eggs for fans.

3 Ways Managers Can Support Remote Staff During the Pandemic

“Maintaining a consistent and honest stream of communication gives employees a level of confidence and visibility to understand what’s happening right now and how this situation will unfold in the future.”

“To counterbalance the negative and often scary stories we read/see/hear in the news, I make a point to share positive and useful content that speaks to themes like resiliency, self-care and empathy.”

“I ensure that I am practicing kindness and reminding others to be kind, to one another, to clients, to our neighbors and most importantly ourselves. We’ve been sending employees random treats such as flowers or gift cards to local restaurants and grocery stores to help them get through this time of crisis.”