The 2017 Arab Championship Soccer Tournament Will Be Livestreamed on Twitter

The tournament kicks off July 21, and the final match is set for Aug. 5 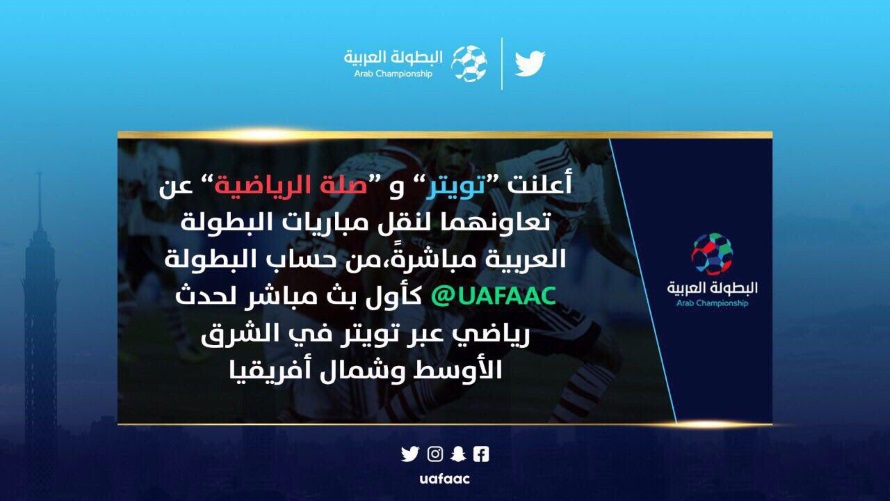 The 2017 Arab Championship soccer tournament will be livestreamed on Twitter following an agreement between the social network and sports marketing company Sela Sport.

The tournament—which features clubs from the Middle East and North Africa—will kick off July 21, and the final match is set for Aug. 5.

All matches will be available free of charge to logged-in and logged-out Twitter users worldwide via ac.twitter.com and @UAFAAC. In addition, the latter will tweet exclusive behind-the-scenes videos, with some broadcast in 360 degrees, and it will post Twitter Moments summing up key events.

Advertisers will be able to purchase packages with television-style preroll and midroll spots, which can be combined with live clips produced by Sela Sport.

Football fans both globally and in the region turn to Twitter not only to follow their favorite teams and players, but to discuss what’s happening in football in real-time. This represents the first sports livestream on Twitter with a partner in the MENA region. Pairing Sela Sport’s live stream of the Arab Championship with the conversation on Twitter will create a unique experience for football fans around the world all on the same platform.

The proposition of livestreaming the Arab Championship on Twitter will give fans the opportunity of watching football by leading teams across the region, on any screen at their disposal and free of charge. We will also be distributing exclusive complimentary content that will bring fans closer to the action and dramatically enhance their experience. This is a start of a long-term relationship, where we will work together to introduce never-before-seen consumption experiences while dramatically increasing the exposure value for sponsors.