The NCAA, SEC and local organizations have called for change 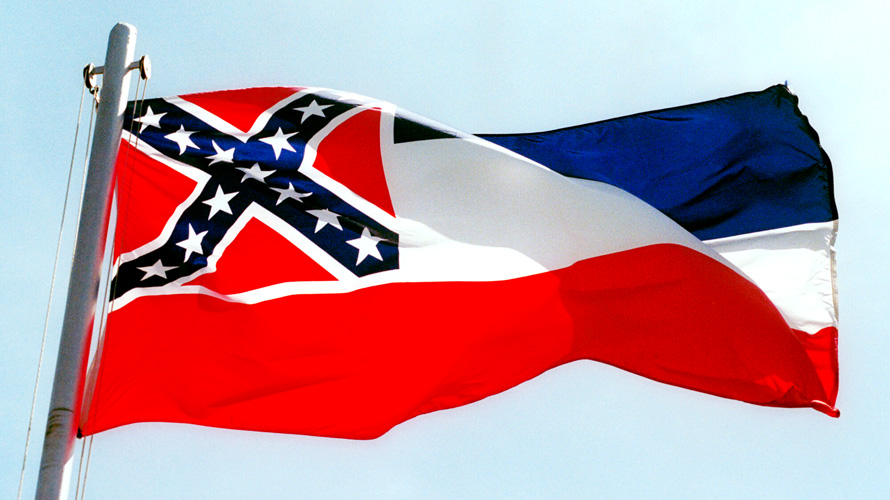 Walmart has temporarily removed the state flag of Mississippi from its 78 stores there.
Getty Images
Share
By Lisa Lacy
|
June 24, 2020
Share

Walmart, the largest retailer in the U.S., is the latest to join the debate over the Mississippi state flag after quietly (and temporarily) removing it from the 78 stores it operates in the state.

Walmart spokesperson Anne Hatfield said the retailer made the change “a couple of weeks ago.”

The discussion she is referring to, of course, is whether Mississippi should change the design of its state flag, which includes the Confederate flag.

Hatfield did not respond to questions about when Walmart will reinstate the flag and whether it has had discussions with state government officials, which have power to enact change.

“We believe it’s the right thing to do and is consistent with Walmart’s position to not sell merchandise with the Confederate flag from stores and online sites, as part of our commitment to provide a welcoming and inclusive experience for all of our customers in the communities we serve,” Hatfield’s statement continued.

Walmart indeed made a policy decision to stop selling Confederate flag merchandise after the 2015 shooting in Charleston, S.C. (More recently, it made a policy change to no longer lock up Black beauty products.)

And now Mississippi, the last state to include the Confederate flag in its state emblem, is facing increased pressure.

On June 19, the National Collegiate Athletic Association (NCAA) expanded its Confederate flag policy to prevent any championship events from being played in states “where the symbol has a prominent presence.”

The policy, which was enacted in 2001, previously allowed a college or university to host a championship game if it earned the right based on tournament seeding or ranking. The change now potentially cuts off a source of revenue for Mississippi as high-profile events like men’s basketball bring big bucks to host cities.

“We must do all we can to ensure that NCAA actions reflect our commitment to inclusion and support all our student-athletes,” said NCAA president Mark Emmert in a statement. “There can be no place within college sports where any student-athlete is demeaned or unwelcome.”

Greg Sankey, commissioner of the Southeastern Conference (SEC), has also called on Mississippi to change its flag and said the league will consider precluding events there if it does not comply.

The Mississippi Baptist Convention, a network of 2,100 churches in the state, has also called on Gov. Tate Reeves and the state legislature to adopt a new flag that “represents the dignity of every Mississippian and promotes unity, rather than division.”

“Currently, 38% of Mississippi is Black. And many of those Mississippians are hurt and chained by the historical symbolism of the current flag,” said Sean Parker, the executive director and treasurer of the Mississippi Baptist Convention, in a video statement. “This reality calls those of us who follow the Lord to stand up to help our hurting neighbor, and the application of this stance in part calls for a change to the current flag in order to mitigate the hurt that its symbolism entails.”

Standout amongst the industry’s best and give your employees something to celebrate. Become an Adweek Fastest Growing Agency and gain industry recognition for your success over the past three years (2017-2019). Submit today.
Share
https://adweek.it/3evqHI5