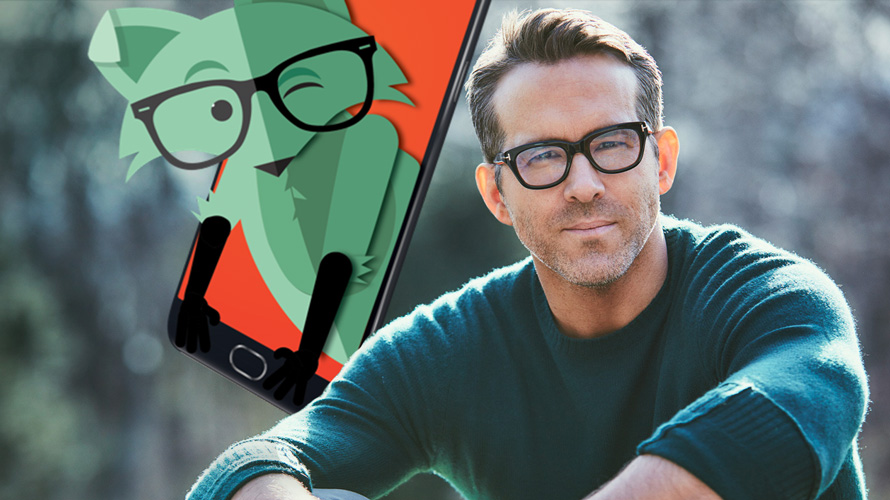 In a voicemail that began popping up on the phones of every Mint Mobile subscriber on Friday, the cell carrier’s eccentric owner Ryan Reynolds announced a new Unlimited Data For All plan to help folks out during the coronavirus pandemic.

The Deadpool star is well-known in the marketing world for his ad stunts, which put his trademark brand of dry, self-deprecating humor front and center. For Aviation Gin, he’s created the turducken of TV advertising, made an entire video explaining how misting the juniper berries with his tears is the secret to the spirit’s smooth flavor and announced a merger with Virgin Atlantic. With Mint Mobile, he’s just getting started.

Normally I’d be annoyed by my telecom just randomly leaving me what amounts to a marketing voicemail but @VancityReynolds is hilarious and I’m loving Mint Mobile more by the day. pic.twitter.com/9ugpdN7Vhv

The voicemail begins professionally. Reynolds introduces himself and explains that Mint Mobile subscribers can get unlimited data added to their plan for free through April 14, in case they need it during this time. After all, we’re spending a hell of a lot more time on our phones.

After that, he begins to ramble. Reynolds said the real reason he called was just that he’s bored, and he can’t get himself to do any of the things he said he would during quarantine—like finish the first chapter of the book he started, do more yoga or become a better parent. If this goes on for much longer, he said, he’ll probably just end up calling every Mint Mobile subscriber individually.

UPDATE: Reynolds got some voicemails in return, and Mint Mobile decided to extend the offer for unlimited data through May 14.