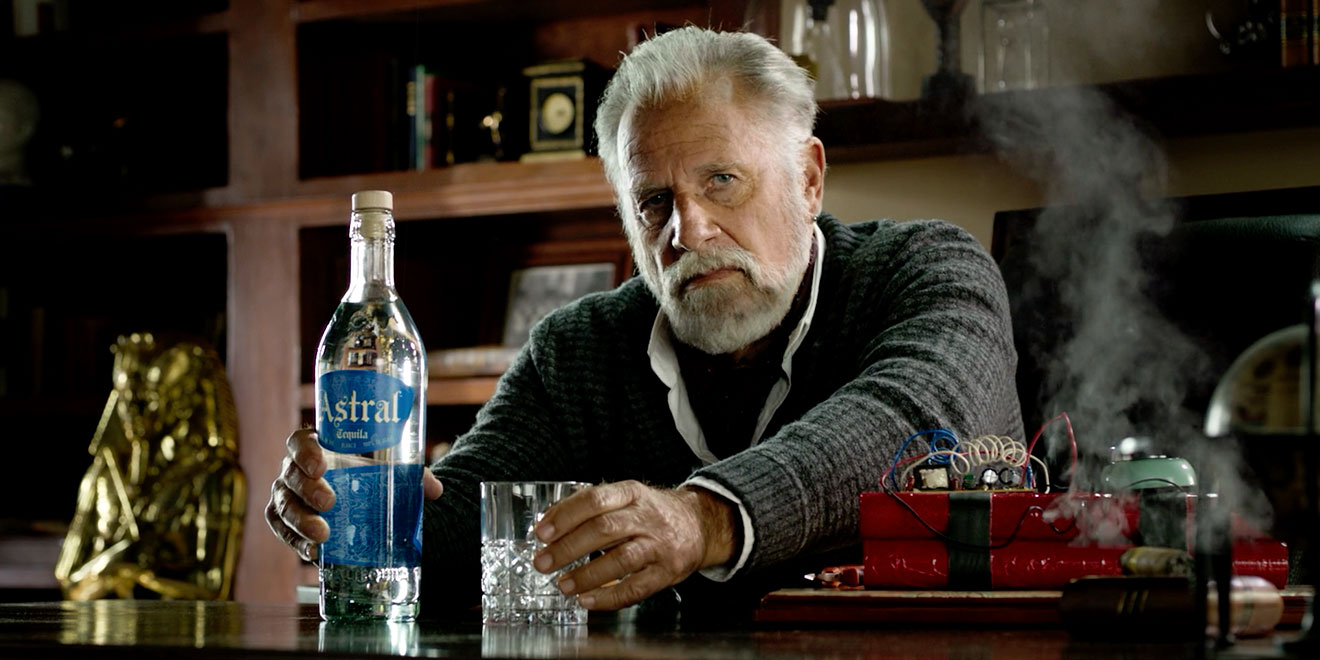 The dapper, bearded pitchman, who long portrayed Dos Equis’ Most Interesting Man in the World, appeared in a teaser and a subsequent Columbus Day spot for Davos Brands’ Astral last year. Today, he returns in the first three installments of a 10-spot campaign by agency Erich & Kallman.

For Astral, Goldsmith channels a goofier version of the sophisticated, overachieving persona he perfected for Dos Equis for a decade before departing in 2016. Each ad has the same setup: A butler enters with some piece of amazing, wacky news, and Goldsmith drops whatever amazing, wacky activity he’s doing and proclaims, “This calls for tequila!”

In the first clip below, our hero learns that the sun’s been renamed in his honor:

Next, he wins best actor for a film that hasn’t been released yet:

Yeah, those ads are … interesting. Even amusing. Just a little bit. (In the “Best Actor” spot, it’s kind of hard to tell that he’s trying to hold his breath for an hour. A few Astrals will make him pass out much faster.)

“We often drink tequila when we’re kicking off the night or if we’re celebrating something. When a friend gets promoted at work, it’s a round of tequila for everyone,” Davos vp of marketing Joen Choe tells Adweek. “We wanted to capture these everyday joys of drinking Astral.”

Of course, Goldsmith will always be associated with Dos Equis, but Choe believes the Astral campaign has enough unique flavor to stand on its own. Agency creative director Eric Kallman notes the strong chemistry between Goldsmith and Arturo Valdemar, who plays the butler, and says the latter’s presence gives the work a Wes Anderson vibe.

“The Dos Equis campaign is one of the most iconic advertising campaigns of all time, and it’s only natural that viewers will associate Jonathan with that campaign,” Choe says. “But we also feel that there’s a lot more to Jonathan—that he’s a genuinely unique person on and off the screen. That campaign resonated so strongly because Jonathan has actually LIVED his life—and the gravitas, the conviction you feel when he speaks to the camera, is a product of all those experiences.” That should translate for the tequila brand, Choe adds.

If nothing else, the free media boost for using Goldsmith at all should be enough to raise Astral’s spirits for a while.