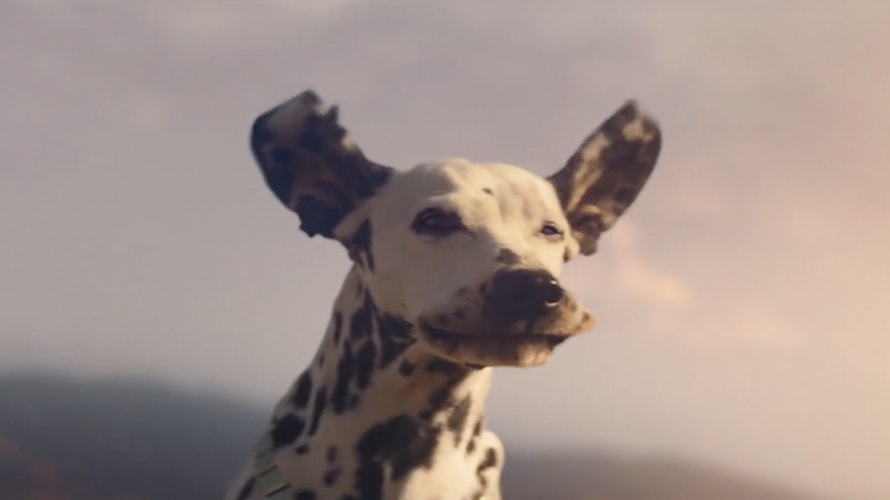 Budweiser will tout its commitment to sustainable energy in its Super Bowl spot. The beer giant has brought back its famous Clydesdales—they only appeared in a bumper spot last year—for the ad, which uses Bob Dylan’s “Blowin’ in the Wind” to illustrate the brand’s point about renewable energy sourced from wind farms.

Budweiser unveiled a 60-second version of the spot today, though a 45-second cut will appear during the Big Game. Anheuser-Busch is still working out the lineup for the eight commercials it has slated, so it’s unclear at what point during the Super Bowl the ad will air.

“This spot not only marks the return of the Clydesdales to the Super Bowl stage, but it also brings a powerful message about our commitment to brewing with renewable electricity,” said Ricardo Marques, group vp of marketing core and value brands at Anheuser-Busch.

The company launched public global sustainability goals over a year ago, according to Angie Slaughter, vp of sustainability at Anheuser-Busch. “We’re committed to 100 percent of our purchased electricity coming from renewable resources by 2025,” Slaughter said. “For us, in North America, we’re halfway there, and because of that, our Budweiser brand is already at 100 percent in terms of the electricity that they use. So, it’s a great way to bring it to our consumers and teach them about what we are doing on the sustainability front.”

Slaughter added, “We know that consumers have high expectations in this area as well. They’re informed, and this commercial … gives us the ability to celebrate what we’re doing in terms of our goals but also to inform others and inspire others to do more.”

The ad from David Miami was directed by Adam Berg and shot in California. It uses “the magic of CGI in a couple of moments,” Marques noted, but “Clydesdales are all real, and our commitment is all real too.”

Budweiser is also partnering with Atlanta to offset the power the city uses throughout the week with renewable energy from a wind farm in Oklahoma, according to Marques.

“We’re showing up to entertain, yes, but also to convey a powerful message around our brand, and this is all about how we brew Budweiser,” Marques said.

Slaughter said the ad is “for everyone.”