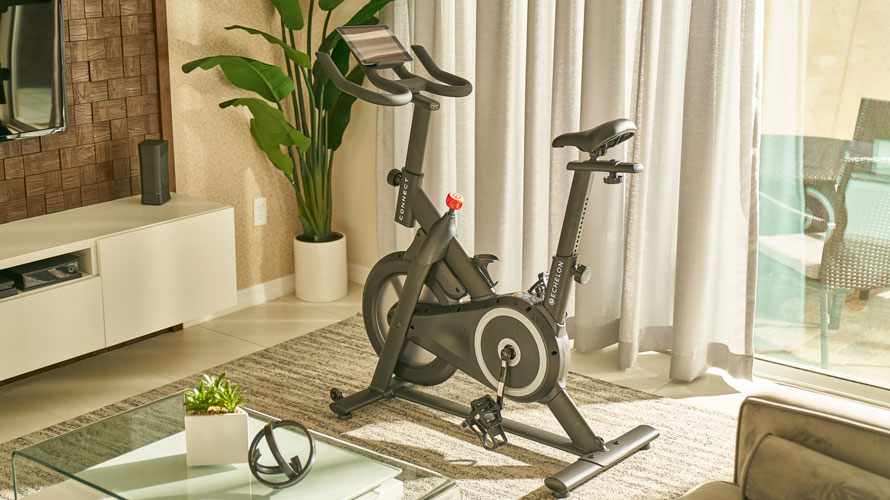 The connected bike is not currently available from Amazon or Echelon. Echelon/Amazon

UPDATE: Amazon reached out to Adweek with a clarification about the Prime Bike, saying that it’s apparently “not an Amazon product.” Read here for more.

There’s a new Peloton alternative in town. Three-year-old connected fitness brand Echelon has launched the Prime Bike, with none other than ecommerce giant Amazon.

Officially known as the EX-Prime Smart Connect Bike, it’s $499, or nearly one-quarter the price of Peloton’s $1,895 base model. It’s also a significant markdown for Echelon, which sells its own EX-1 bike for $839.98 plus a monthly membership fee.

Echelon promises “an unmatched cycling experience” with the Prime Bike, including access to live and on-demand classes led by trainers, as well as scenic rides. It is offering a free 30-day trial of its membership program with the purchase of a Prime Bike.

The Prime Bike “officially hit the online market” on Monday, according to the company, but it did not yet appear to be available from either Echelon or Amazon as of today, and it was not immediately clear when the bike would actually go on sale.

A statement described the Prime Bike as Amazon’s first-ever connected fitness product. The launch comes just a month after Amazon announced a wellness program, Amazon Halo, which includes a wearable device, the Halo Band, as well as an app and related services to monitor aspects of users’ health such as activity, sleep and body fat percentage.

These announcements come at a moment of great interest in at-home fitness equipment among quarantining consumers. Market research firm NPD Group, for example, found sales of stationary bikes were up 170% and adult leisure bikes were up 120% as of May.

Peloton itself has also seen significant growth this year. As of Q1, revenue was up 66% to nearly $525 million compared to the year-ago quarter, and subscriptions were up 94% to more than 886,000.

Amazon has seen similar shopping behavior. A June study from web analytics firm SimiliarWeb found that Amazon customers were buying more athleisure wear while in quarantine. And, interestingly, its private label brand AmazonBasics had positioned itself as a category leader in search traffic for sports/fitness, followed by brand names like Under Armour, Adidas and Nike (whose products are still offered by third-party sellers, though the brand pulled its merchandise from Amazon last fall).

And if it is Amazon’s intent to capitalize on consumer interest in connected bikes, this certainly wouldn’t be the first time the platform has muscled in on product categories with its own cheaper private label versions.

The launch also comes before Prime Day 2020 and the official start of the holiday 2020 shopping season. Amazon has not announced the dates for Prime Day 2020 yet, but reports say it will be in October.