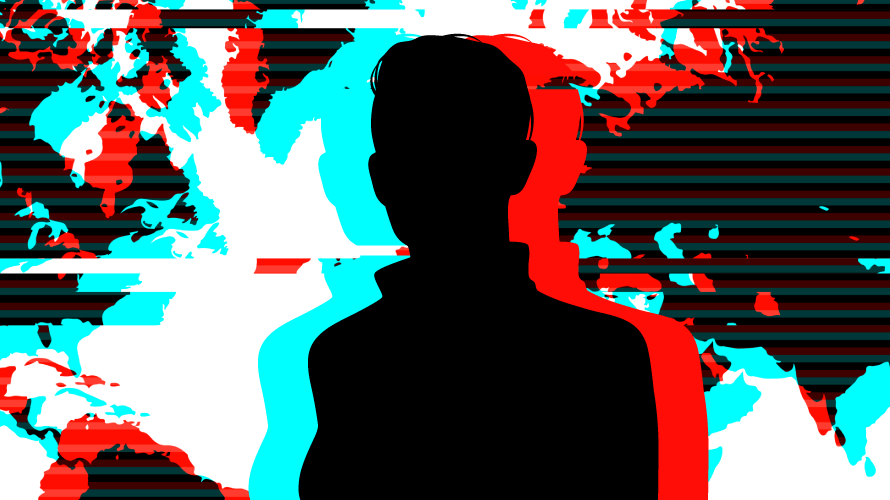 Adweek wanted to get closer to the story of how President Trump’s immigration policies are affecting foreign-born advertising talent, so we put out a call on Twitter asking people to share their experiences. Some of those interviewed requested their names be left out for fear of repercussions by the U.S. government. The five stories below encapsulate the challenges and disappointments creatives are facing as they try to pursue their ad-agency dreams in America.

The copywriter who returned to Canada

After graduating from a school in the U.S. in 2015, a Canadian-born copywriter obtained a temporary visa to land her first job at an independent agency. After the 2016 election, the agency was concerned about potential changes to immigration law, particularly with the withdrawal from Nafta, and made sure to apply for an H-1B visa, expediting the lottery process from eight to two months, which cost the shop around $1,500.

After some time, the copywriter decided there was little opportunity for advancement at the agency and landed a job at another U.S. shop, which meant she had to transfer her work visa to her new agency. She didn’t notify the first agency of the new job or try to negotiate for a higher salary because she worried that if she was rejected, her visa would be in jeopardy.

Although she successfully transferred her visa, she was eventually let go from the second agency, leaving her with 60 days to find a new sponsor. Her visa status made it especially difficult to land a job, she says, and the headhunter she worked with advised her not to tell agencies of her status upfront. “When they hear you need a visa, there’s an instant disinterest,” the copywriter says, explaining that a small independent agency even told her it wouldn’t hire her because of the difficulties of the visa process.

“Agencies don’t have the money anymore,” she says, and they don’t want to spend to hire junior creatives.

Now back in Canada, the copywriter says she is unlikely to return to the U.S. and is instead considering pursuing opportunities in areas where immigration would be easier, such as Shanghai, New Zealand, Australia and Amsterdam. —Erik Oster

In late 2016, a creative recruiter called on French-born Geoff Desreumaux, now partner, head of strategy at SuperHeroes New York, determined to whisk him half a world away from his job running U.K. social media strategy for Diet Coke, Pizza Hut and other clients at London-based Lexis Agency to sunny Fort Lauderdale, Fla., where he became social director at “retail powerhouse” Zimmerman Advertising.

In a demonstration of the value placed on international talent, the Omnicom agency paid to move him and his wife to Florida and “sponsor” him via an O1 transfer visa that allows both spouses to work in the United States. Desreumaux now estimates the overall cost was in the high five figures.

The real immigration drama didn’t begin, however, until he left Zimmerman after approximately one year due to what he describes as disagreements with management.

His visa then allowed him 60 days to find another employer “or gather my stuff in a humane way and get out of the country.” Fortunately, he had also begun applying for his EB-1 green card the previous week and soon landed at the New York office of Dutch shop SuperHeroes as strategy director.

“It took 65 days to get my work authorization, so technically I was illegal for five days,” Desreumaux says. “But I am a white dude. For them to come after me and find that I’m not authorized to work here? What are the chances of that?” He compares his situation to that of a colleague from Venezuela who works at an agency in Miami and receives visits from ICE officers “every two weeks,” even though his children are American citizens.

The stress for those stuck in visa limbo is compounded since applicants must aggressively apply for jobs while reminding prospective employers that they would also serve as sponsors. This process may require them to accept work at second-tier companies rather than risk being effectively deported. “You belong to them,” Desreumaux says of such setups, arguing that some bosses see longer hours and lower salaries as a natural trade-off for employees on work visas. “If they let you go, then that’s it.”

His application process lasted nearly 18 months, and it included speed bumps like an interview scheduled during the federal government shutdown of 2018-19. “I went through stupid questions like, ‘Are you a terrorist?’ and ‘Are you coming to the U.S. to commit a crime?’” he says.

Desreumaux describes dusty USCIS offices plagued by backlogs and “piles of paper,” adding, “I don’t know how these guys do their jobs.” But they did. He proved his “extraordinary abilities” in at least three out of 10 areas, as required for an EB-1, which now allows him to live and work in the U.S. indefinitely as long as he renews it every decade. Only a federal judge can take this status away. —Patrick Coffee

The designer who’s also a dreamer

At 10 years of age, Jorge arrived in the U.S. from Mexico with his parents. Since then, he’s attended college in California, completed internships and gotten a job at The Many, a Los Angeles creative agency where he works as an associate director of design.

While his career trajectory isn’t remarkably different from others who work in the industry, his status as a Dreamer—an undocumented immigrant brought to the U.S. as a child—forces him to live in a constant state of uncertainty.

In 2012, former President Obama sought to protect this group via the Deferred Action for Childhood Arrivals (DACA) program, which lets them legally secure employment and avoid deportation for a renewable two-year period. Upon graduating college in 2012, Jorge says the “stars aligned” for him when DACA began to take effect, as it gave him the opportunity to secure a work permit and work as a designer.

But that all changed two years ago when the Trump administration tried to end the program. When Jorge heard the news, he feared that he’d be forced to return to Mexico, a place he no longer considers home since he’s spent two-thirds of his life in the States.

“Luckily, the partners at The Many assured me that they would do everything in their [power] to try and keep me around,” he says.

Jorge has been able to stay and work in the U.S. since then, as the fate of DACA remains to be seen. The Supreme Court is set to review Trump’s decision to end the Obama-era program later this year.

“My hands are tied,” he says. “My fate is determined by who is currently in power. There isn’t a pathway to citizenship for people that are under my situation.” —Minda Smiley

The creative director who backed out of the green-card process

The green-card process was never easy, but it’s quite possible it’s never been harder.

One creative director on an O-1B visa (given to those with “extraordinary ability in the arts”) decided to back out of the costly process (that she pursued on her own), on the advice of her lawyer, who explained that the Trump administration’s changes in policy had recently resulted in “two creative superstars” being denied O-1B status.

“The default with the new administration is ‘no,’” says this creative director.

Since the requirements for a green card are virtually the same as for an O-1B visa, O-1B applicants in previous administrations had a high likelihood of obtaining a green card, she explains.

“I never applied for a green card before this administration because I knew I fulfilled the requirements. I wanted to get more experience in the U.S. before I applied because I thought it would make a stronger case,” she says. “I had no idea the current administration would have so much power to change things.”

And it’s not just the rules that are changing under the administration, she says—it’s the tone and content of the conversations.

After returning from a trip abroad this summer, the creative director was confronted by an immigration officer at the airport. Noting her visa, he asked what type of art she made. When she replied that she was in advertising, he laughed condescendingly and said, “You are no artist.”

“I’ve never faced this kind of attitude before,” she says. —Erik Oster

“I identify as American. That’s all I know,” a Chinese copywriter in their mid-20s told Adweek. “But at the same time, I’m not.”

An aspiring creative director, they agreed to speak to us only if gender and other potentially identifying details were not included in this story. They explained that they left China at age 6 to settle in the U.S. but now face potential deportation if they’re unable to find a new agency sponsor in less than two months before a temporary B-1 “non-immigrant” travel visa expires. When they arrived at LAX from an international trip this past July, ICE agents detained them for more than two hours.

The person’s mother entered the U.S. as a graduate student over 20 years ago and just recently acquired her green card. After the copywriter went through school on an F-1 visa and worked at an agency via the Optional Practical Training program for international students, they grew too old to be a dependent, requiring the mother to petition for a green card for them.

“But that takes about five years, so it doesn’t work on my timeline,” says the copywriter, whose last short-term solution to this problem was a work visa with an agency in New Zealand.

Since returning to the U.S., the individual has engaged in a “full-court press” seeking a midsize operation with a great creative reputation. “I’m staying away from the really big dinosaur agencies,” the copywriter says. “I’ve settled for a couple of crappy shops earlier in my career where I hated every minute of my job. I can’t compromise on that.”

Two factors that have complicated the process are the Trump administration’s crackdown on all visa applicants and enhanced scrutiny due to a deterioration in U.S.-China relations.

“He’s mostly targeting H-1B visas,” the copywriter says of Trump, citing outsourcing companies like Infosys that “flood the system” and reduce approval rates for advertising professionals. “But it’s made it hard for me to be outspoken on this issue, especially because Customs is monitoring people’s social media accounts. I’m scared to even like a tweet mentioning any of this stuff.”

Timing is also key. Future hires at this individual’s dream employer are dependent on the outcome of a big pitch, with a decision expected to come down mere days before that visa expires.

For now, the copywriter has to scramble and imagine a worst-case scenario that would require a “return” to less-than-familiar territory. “I’ve been to China twice since I’ve lived here, and every time I feel like an alien,” the person says. “It’s completely foreign to me.” —Patrick Coffee