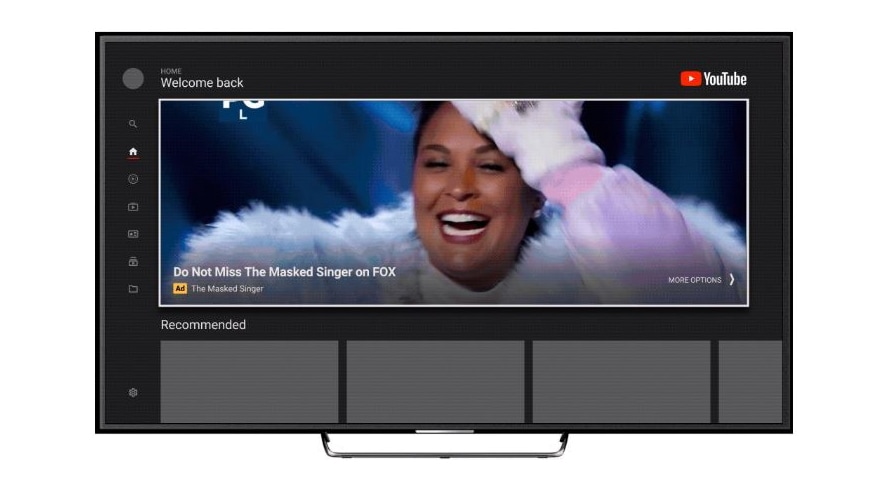 All advertisers can now opt to purchase the YouTube Masthead for TV ad option on a CPM (cost per thousand impressions) basis.

The Google-owned video site began beta-testing the offering in September, saying at the time that daily watch time via television screens had surpassed 250 million hours.

Fox has been part of the beta-test of the ad unit, seeking to drive awareness for The Masked Singer.

Natalie Park, the broadcast network’s vice president of media, said in a statement, “This first-of-its-kind initiative reaches viewers where they live, right at their point of viewing, and with YouTube’s scale, it’s the perfect partnership and a fantastic way to promote our No. 1 show.”

YouTube began beta-testing the option of buying ads on its masthead on a CPM basis, as well as using its targeting solutions to determine which users see those ads, in February, and that beta-test ended in July, opening up the option to all advertisers as a reserved media placement, with advertisers paying based on CPM or cost per day, or at a fixed rate, and minimum spend requirements.