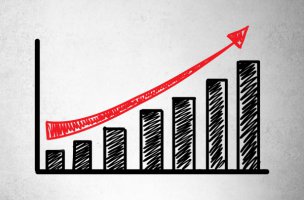 According to recent stats, sharing via Twitter grew a massive 43 percent compared to last quarter, far surpassing the competition to become the fastest growing network of the year, thus far.

This quarter’s report also noted that while iPhone is the most-used mobile device that people use to share their content at 25 percent, Android phones are closing the gap at 17 percent (up from 15 percent at the beginning of the quarter).

Take a look at the infographic below for more stats from the report.