The firm owned up to the violations in a New York Times piece. 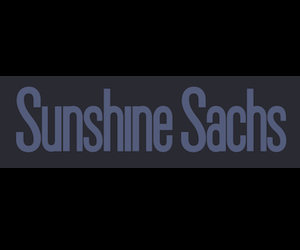 Although most people writing a book report or a case study won’t admit it, Wikipedia is a crucial resource for anyone doing research in a pinch. Wikipedia and its five pillars have been subject to countless tales of scrutiny because anyone with a computer and a heart full of angst can edit any article, and we have discussed this matter in the past.

As you probably know, Wikipedia debated letting PR professionals edit clients’ pages before 10 top firms agreed not to violate existing standards and 7 experts gave us their takes on what the agreement might mean for the profession at large.

Readers and others will know Sunshine Sachs for its many big-name clients and holiday parties offering “free drinks for the entitled.” (The firm did not participate in the aforementioned agreement.)

One of those clients is the model Naomi Campbell, who got tired of wearing angel wings around 1994 and decided to release some music instead. “Babywoman” was, by most accounts, a flop destined to compete with Milli Vanilli on future Worst Albums Ever listicles.

According to a story in The New York Times based on information from Wiki Strategies, Sunshine Sachs employees “played loose with Wikipedia’s standards and recently violated the site’s updated terms of use agreement, by employing paid editors who fail to disclose their conflict of interest on the website.”

These publicists didn’t reveal the fact that they erased a reference to the album from Campbell’s entry in the interest of making their client’s bubble as bubbale-licious as possible.

As the story notes, Sunshine Sachs has been promoting these very services for some time.

For the record, Ken Sunshine responded to the NYT query:

Ken Sunshine, a founder of Sunshine Sachs, acknowledged that several staff members had violated the terms of use by failing to disclose their association with the firm. Mr. Sunshine said a key employee in his web operation was not aware of Wikipedia’s new terms. All employees who edit on Wikipedia have now disclosed their affiliation with Sunshine, he added.

“We think the rules are important, and will make sure we are always in compliance moving forward,” he said.

The most interesting part of this story to us is the fact that Wiki Strategies (homepage here) effectively gets paid to spot such aberrations in the interest of “[advising] clients on ways to patrol their Wikipedia presence without violating the rules.”

Wikipedia rules are a bit like the FTC’s social media campaign disclosure regulations: one may not be punished for breaking them, but any resulting headlines will probably not be flattering.