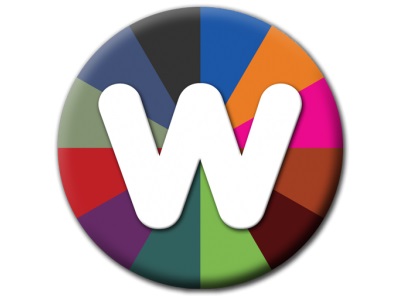 At NewsWhip, we notice that many sports stories get a very high like ratio. Presumably, this has to do with gesture. A supporter sees a headline like, “New England Patriots Win Super Bowl,” and they like the post without clicking through. They know their team won the game, but they want to acknowledge it to their friends on Facebook.

But it’s not only match reports that get a lot of likes. Through Spike, we’ve also noticed that stories that name big sports stars in their title do really well on Facebook (same with celebrity sites). Have a look at the structure of Bleacher Report’s most liked stories over the last seven days. You’ll note that they all name-drop heavily:

This poses an interesting question for social media editors. In stories where there’s a clear outcome — like a match report, or celebrity news, or even some breaking news events — it’s possible that the reader is more likely to acknowledge the story with a like, with a lower proportion clicking through. In many of these cases, the story’s outcome is down to the preview that the reader can see in their feed — crucially the headline, excerpt and accompanying post text.

They might scan through the comments to get further context, but there’s a natural hesitancy for readers (especially those on mobile) to click on a link unless it seems absolutely necessary.

NewsWhip told a different tale when it came to political content and long-form stories:

Predictably enough, political stories get a decent comment ratio. Many of the U.S. political blogs that we’ve seen storm through our Facebook rankings in the past all manage to take a high proportion of comments. Politico also attracts a high ratio (31 percent) of comments. Politics stories tend to generate a lot of debate and comment, whether that be on around the kitchen table, in the comments sections of news sites or on the News Feed itself.

Long form articles can also generate a lot of discussion. Consider The Atlantic’s January story, “What ISIS Really Wants,” which attracted more than 165,000 comments on Facebook, plus almost another 10,000 on the site itself. It was a very lengthy piece, full of detailed reporting, that addressed a current issue in international affairs.

There’s also the example of “How One Stupid Tweet Blew Up Justine Sacco’s Life,” from The New York Times Magazine. It took in well over 70,000 comments on Facebook, and another 1,500 on nytimes.com. It suggests that readers who take the time to read long-form articles online are also willing enough to share their thoughts on the piece afterwards — good news for any publishers wondering if going long is worth the effort.

Finally, interactives and lists really clock up big shares, especially if they’re personalized. One only has to look at the consistently strong performance of PlayBuzz’s interactive quizzes to see the appeal of these features to Facebook users. It’s the same reason that BuzzFeed’s lists of the 31 reasons why you know you’re from Ontario do so well — they give the reader something they and their friends can directly relate to, as well as talk and laugh about. Ultimately, shares remain the No. 1 indicator of social engagement with a story for many publishers. They indicate a clear expression of interest in a story, and are given preferential treatment by Facebook’s algorithm.

Readers: Did any of NewsWhip’s findings surprise you?