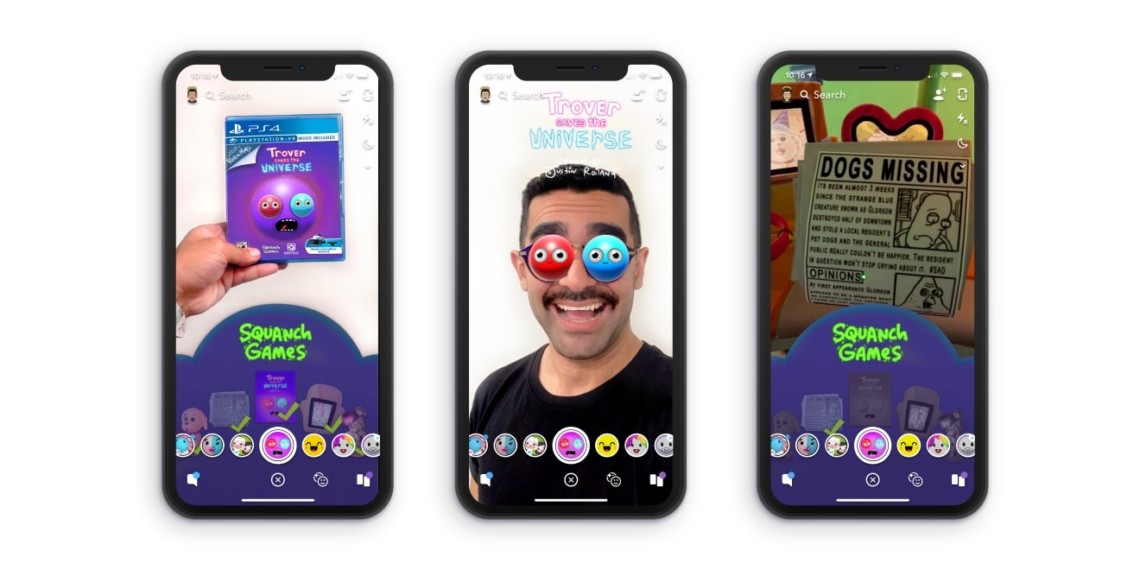 Snapchat said more than 70% of its daily active users engage with lenses every day
Snapchat
Share
By David Cohen
|
May 30, 2019
Share

Snapchat teamed up with Squanch Games to bring its new comedy-action title, Trover Saves the Universe, to life via augmented reality.

Pointing the Snapchat camera at the key art on the box for Trover Saves the Universe, and then pressing and holding to scan, unlocks a lens that contains the voice of Trover, supplied by Justin Roiland, one of the creators of Adult Swim hit Rick and Morty.

Snapchat said more than 70% of its daily active users engage with lenses every day, spending an average of 30 minutes on the application daily.

The first scene in the game also has a hidden lens that can be unlocked via the Snapchat app.

The AR experiences are enabled by Snapchat’s marker tracking technology, which helps combine the real world with the AR world and enables specific lenses to recognize images and trigger 3D AR experiences that are connected to those images.

Snapchat said the partnership with Squanch Games furthers its commitment to help game developers and publishers engage with players in new ways.

In April, the company introduced its Bitmoji for Games software-development kit, which enables developers and publishers to incorporate Bitmoji into their titles.