Patreon and Subbable Team Up to Protect Creators’ Revenue

With the recent changes to Amazon Payments, the two subscription services decided to team up for the benefit of creators in line with their "creators first" ethos. 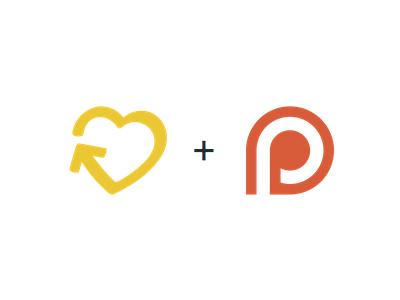 Crowdfunding has changed the conversation when it comes to social media content creators. Services like Subbable and Patreon allowed users to tip or to pay a subscription to their favorite content creators, even when social sites didn’t provide the option. But because of recent industry changes, Patreon recently acquired Subbable to protect the creators involved.

In a joint livestreamed announcement, Patreon cofounder Jack Conte, and Subbable founder Hank Green, discussed the reasons behind the merger. Both services started around the same time, but were never in direct competition. However, as the services grew Green started to see that Patreon was developing into the superior service.

[Subbable] wasn’t the kind of thing we felt we could legitimately go to venture capital people and raise money around it to make the system better. Subbable has stayed pretty much exactly the same for two years which has served our needs, whereas Patreon has continued to evolve, has continued to create new features and has done amazing work in supporting the people who work with it.

Conte noted that the deal had been in the works for over a month since the agreement for the acquisition, and that time had largely been filled with setting up infrastructure to allow Subbable’s creators and subscribers to migrate easily to Patreon.

The primary motivation behind the merger was a change to Amazon payments that would have cost Subbable, and the creators revenue. Conte and Green are dedicated to paying their creators fairly, so Patreon has decided to spend a large portion of the acquisition money on making sure that creators don’t lose out.

Patreon has earmarked $100,00 to smooth the transition from Subbable to Patreon. Creators will have their first 45 days of Patreon pledges matched by the company as they switch over. This incentivizes creators to switch and to encourage their audiences to make the transition. Ultimately, the move is part of both Patreon and Subbable’s commitment to “Creators First.”

Conte wrote on the Patreon blog:

“Creator First” is action. It’s behavior. It’s tough decisions for the benefit of the people within the ecosystem. It’s a business model. It’s having the confidence in our business to always put our customers’ interests ahead of our own. It’s knowing that in the long run, the devoted people who comprise Patreon will build ultimate utility for creators, and we will have endless wells of endurance to fuel our mission.