The game allows users to collect more than 80 characters from the Star Wars universe and take them into battles against other players. 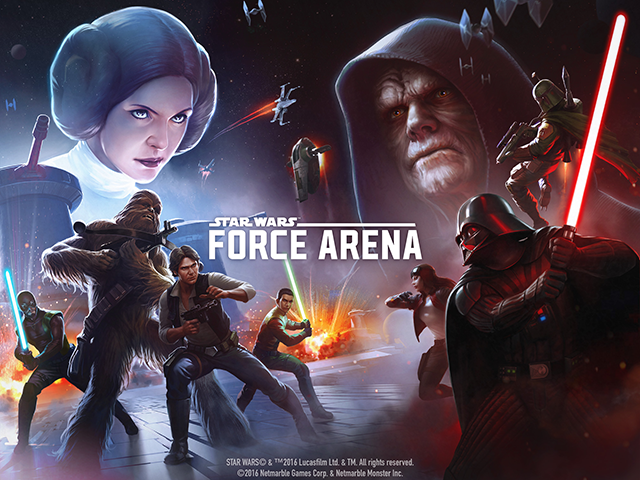 Netmarble launched Star Wars: Force Arena on iOS and Android. The game allows users to collect more than 80 characters from the Star Wars universe and take them into battles against other players.

Specifically, the game allows users to compete against other real players in one-on-one and two-on-two battles. Users can also train against the computer in single-player practice matches.

In each battle, players are challenged to destroy the shield generator protecting the enemy’s base before time runs out. Users must also prevent the enemy from destroying their own generator. Each shield generator is guarded by turrets, and if time runs out before either generator can be destroyed, the player who destroyed the most turrets will win the match.

During battles, each player can control their leader character, such as Luke Skywalker or Darth Vader, by tapping on the battlefield to move and tapping on enemies or structures to attack. Users can deploy secondary units to the battlefield by spending energy to play cards from their decks. Each card requires a different amount of energy to play, and this energy recharges automatically over time.

While players begin with access to only a few leader characters, they can collect additional leaders over time. Users can change the leader associated with each deck between battles.

Finally, users can join guilds with other players.

Star Wars: Force Arena is available to download for free on the iTunes App Store and Google Play.