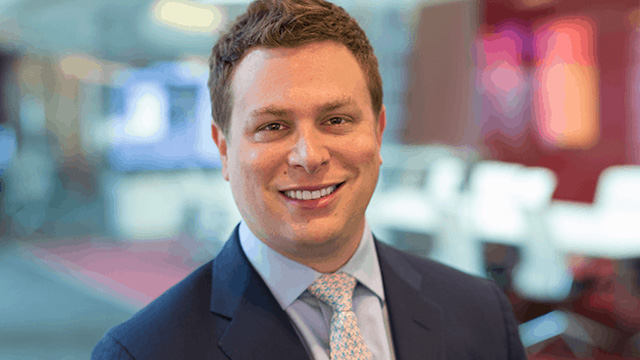 Time, the nearly 100-year-old brand, is getting a new president.

Keith Grossman, previously chief revenue officer of Bloomberg Media and most recently chief operating officer of Engine, a marketing and tech group, is joining Time in the position. He starts on Monday in his new role and will report to Time editor in chief and CEO Edward Felsenthal.

“Time has endured passions and politics and people,” Grossman said. “When you look at a brand like Time and what the red border around what the Time brand represents, it represents a trusted filter. That filter helps individuals navigate a complex and scary world.”

Salesforce founder Marc Benioff and his wife, Lynne, bought Time last November, purchasing it for $190 million from Meredith. Since then, Time 100, the brand’s tentpole series honoring the year’s most influential people, expanded into a daylong summit.

Grossman said the event series had “limitless potential.” He added that he was also encouraged by Time’s audience engagement as a sign that the publication’s legacy had a continued lasting impact, and said that he would bring his leadership and resources to the table to establish a “long-term clarity of purpose” that the brand “has not had under previous ownership.”

“I want to make sure we diversify it to be able to be competitive in the modern marketplace,” Grossman said.

Felsenthal, who referred to the brand as a “100-year-old startup,” said the brand will also explore other revenue opportunities and lean deeper into verticals like health.

Grossman joined Engine in March after nearly five years at Bloomberg Media, nearly three years of which he served as global CRO, a position in which he led digital ad products and ad sales. He also previously worked in similar capacities at Condé Nast’s Wired and Ars Technica brands.

“We were looking for someone who combines passion for the brand and for the work we do with a vision of how a modern media company should work and a strong record of revenue growth,” Felsenthal said. “Keith has all of that.”

Time magazine had 2.5 million total paid subscriptions, according to an average that ended in June last year, before Meredith sold the title, from the Alliance for Audited Media. The number of unique visitors to Time.com, meanwhile, was 25 million last month, the latest data available, according to Comscore. The site had 32 million unique visitors the same time last year.

The future of print, overall, Grossman said, will include relying primarily on the consumer, rather than the marketer. The thinking is in line with other publishers (such as Condé Nast, which recently said that it would put paywalls on all of its properties) that have pursued launching subscription models to make up for the decline in print advertising revenue.

“There are different consumers who like different things for different reasons. My belief is that we should not take away something because the media landscape is shifting from an advertising-marketing perspective,” Grossman said. “If there is consumer demand for a platform, we will always explore multiple business models to help meet that demand.”