Pretty soon, nobody will bother reading or writing anything online as the internet becomes totally submerged by the medium of moving pictures. 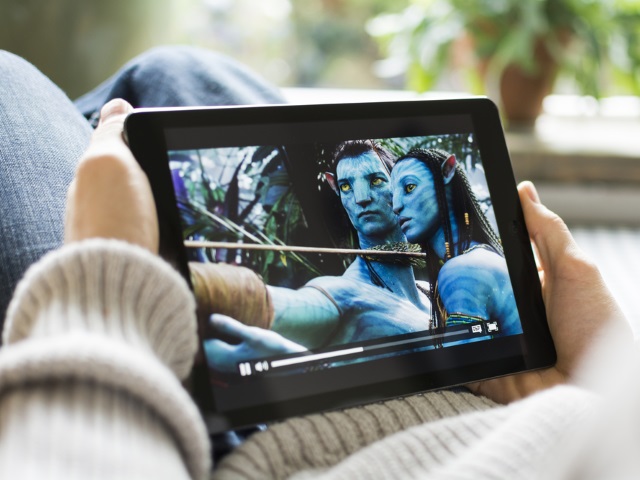 This might be the last article I ever write. I’ve built up a substantial portfolio over the past few years, championing the use of video marketing via carefully considered words of wisdom, offering my two cents on subjects such as why emotive storytelling works in content marketing and how to sell yourself in six seconds.

And now it seems that companies all over world are actually paying attention, practicing what I preach and putting video at the heart of their marketing mantra. Pretty soon, nobody will bother reading or writing anything online as the internet becomes totally submerged by the medium of moving pictures.

Don’t believe me? Well, Cisco Systems’ highly respected Visual Networking Index predicts that video will account for 82 percent of all consumer Internet traffic by 2020, up from 70 percent in 2015.

However, this report was released a good six months prior to Nicola Mendelsohn–Facebook’s vice president for Europe, the Middle East and Africa–forecasting that in five years’ time, the planet’s biggest social network will “probably be all video.”

So if Facebook foresees a video-centric future, citing the power of short storytelling as a primary factor, then you better take note and get on the broadcast bandwagon, because it’s increasingly likely that your competitors will start favoring film to get ahead.

With that in mind, you might want to memorize the following social media video marketing tips before Adweek deems the written word obsolete and remove this article altogether:

There’s lots of debate over the perfect length for online videos, but you can definitely tell a story, create intrigue, entertain or inform your audience in less than 60 seconds. The key thing is to be very clear in your messaging: Don’t try to say too much.

Let’s face it: Attention spans are rapidly decreasing and mobile viewers want short, sharp content while on the move, so rattling on for several minutes is likely to induce boredom and result in high drop-off rates.

A great tactic to drive social traffic to your site is to upload a snappy “highlights” version of your video and provide a link to the full-length version on your website. As with any form of inbound marketing, it’s a bit like fishing–set your bait and reel them in.

Numerous reports have suggested that 85 percent of Facebook videos are viewed without sound, which has led to many marketers and publishers inserting subtitles into their output, telling stories with text on a backdrop of vivid imagery to illustrate key messages. Bear this in mind and revert to words if such a directly informative approach can work for your brand.

It might make sense to road-test what works, running videos with and without text to see if one or the other garners more engagement.

Uploading videos directly onto your chosen platforms ensures auto-play when followers scroll through their feeds, giving you the best chance of catching their attention. Simply linking to a YouTube or Vimeo video means you won’t benefit from this functionality, so the levels of engagement are likely to be much lower.

Also, all of the major social platforms have been tweaking their algorithms to ensure that native video content is prioritized over just about anything else, guaranteeing lots of views as they try to eat away at YouTube’s gargantuan income stream and encourage brands to advertise with them instead. Speaking of which …

To really expand your reach, it pays to play the game and test the waters with paid content. Campaigns can prove to be very cost-effective as there are a range of metrics you can refine until they start delivering serious returns.