It is also testing a restrict feature, enabling people to avoid interactions without those who are restricted knowing 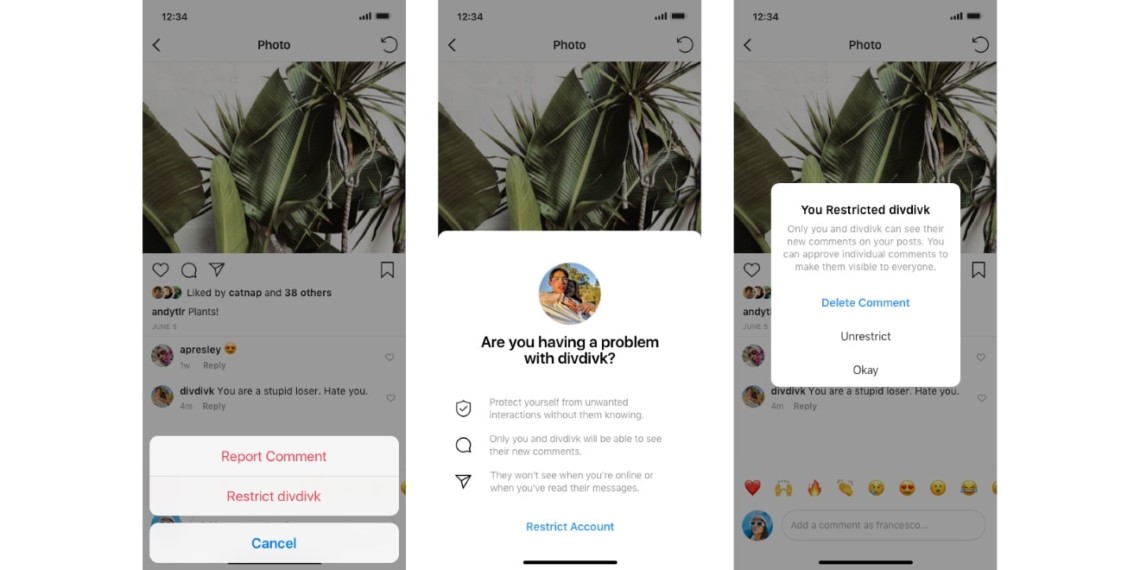 Instagram detailed two new features aimed at reducing bullying on its platform and giving its users a new way to avoid unwanted interactions.

Head of Instagram Adam Mosseri said in a blog post, “Online bullying is a complex issue. For years now, we have used artificial intelligence to detect bullying and other types of harmful content in comments, photos and videos. As our community grows, so does our investment in technology. This is especially crucial for teens since they are less likely to report online bullying even when they are the ones who experience it the most.”

He went on to describe a new, AI-powered feature Instagram has been rolling out over the past few days, which warns people that their comments may be considered offensive before they complete the process of posting them.

Mosseri said the feature gives people a chance to reconsider their comments, saying that early tests have found that some users do not go through with posting potentially hurtful comments, instead sharing less hurtful feedback. 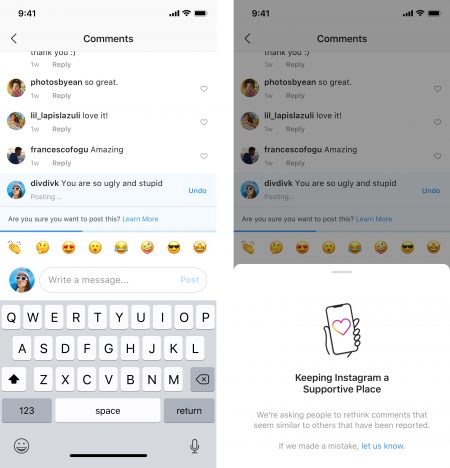 Instagram will also begin testing a way for people to avoid unwanted interactions with other users without those users knowing.

When the new restrict feature is enabled, comments from people who are restricted will only be visible to them, although users who opt to restrict people can approve those comments in order to make them visible to others.

Mosseri wrote, “We’ve heard from young people in our community that they’re reluctant to block, unfollow or report their bully because it could escalate the situation, especially if they interact with their bully in real-life. Some of these actions also make it difficult for a target to keep track of their bully’s behavior.”

JED Foundation chief programs and operations officer Katie Cunningham said in an emailed statement, “Bullying—online and in the real world—affects mental health and is far too common. As a nonprofit that exists to protect emotional health and prevent suicide for teens and young adults, JED works to ensure that young people feel connected and supported. We appreciate efforts by companies like Instagram to learn how their platforms might be misused for bullying, and to take action to address these harmful behaviors and create a safer, healthier and more positive community.“

Girl Scouts of the USA chief girl and family engagement officer Andrea Bastiani Archibald added in an emailed statement, “At the Girl Scouts of the USA, we work to build girls to build courage, confidence and character, whether that’s online or off. That’s why we’re thrilled about the investment in new tools to prevent bullying and empower victims of online bullying to protect themselves. It’s important for young people everywhere to feel comfortable to be themselves when engaging in social media—and to have a safe and positive experience while doing so. We commend Instagram’s efforts in this space.”