Has Undercover Boss Jumped the Shark?

The show has some serious credibility issues 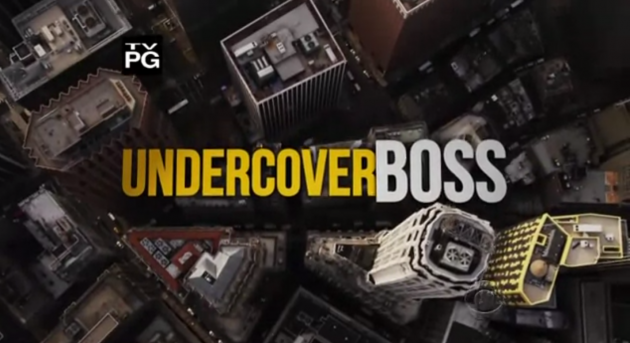 Reality show juggernaut CBS scored a runaway hit in the form of Undercover Boss. In 2010, the show turned a curious executive and an unsuspecting waste management team into an eye-opening, thought-provoking ratings bonanza.

Since that day, America (and a few other countries with its knock-off versions) have enjoyed seeing the enigmatic corporate tycoon known as “The Man” become a tangible, emotional person.

Most people in PR know full well the show is a genius revenue generator in more ways than one — it’s basically an advertorial on prime-time television. Unfortunately, many Reddit “former employee” threads easily debunk the myth that the show’s subjects act that way when there’s no camera around.

The show’s standards appear to be on the decline as well.

In December, the CEO of Bikinis Bar and Grill promised to pay for his (terrible) employee’s boob job…and Armando Montelongo to this past Friday’s episode.

The late-night infomercial house flipper with a bad case of hair product has created a “multi-multi-multi-million-dollar empire” for himself by asking others to spend up to $46,000 to attend one of his conferences.

Twitter exploded as the episode aired, because this guy has an “F” rating with the Better Business Bureau (he’s not even accredited) and an equally negative reputation.

“If I were reincarnated, I would want to come back as Armando Montelongo.”

It would appear that the show’s credibility stores are now emptier than Radio Shack’s bank account:

I think I just got an email from #ArmandoMontelongo – he’s the Nigerian prince trying to get $7M out of the country right? #UndercoverBoss

Armando Montelongo Company on @undercover_cbs takes thousands of dollars from the poor in exchange for empty promises. #UndercoverBoss

#UndercoverBoss you truly have made me sad you had Armando montelongo on, you use to have respectable people on