Google Launches Android Pay Support for Apps in the U.S.

The service allows users to pay for products in supported Android apps. 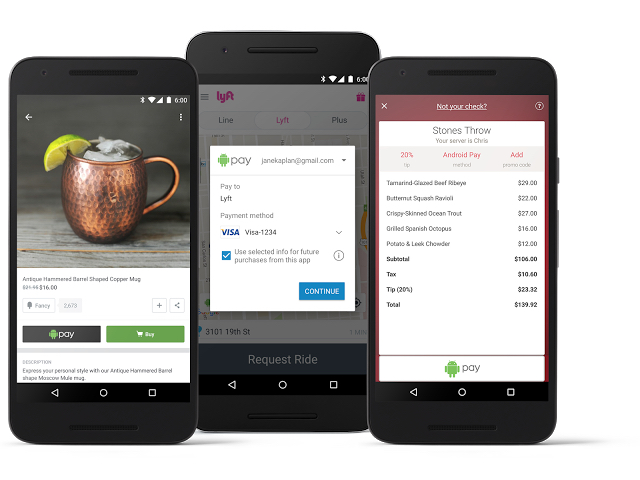 Google has announced that Android Pay is now available in supported Android apps in the United States. The feature allows users to make purchases using the information they’ve stored in the Android Pay app, rather than entering their information each time they shop.

When shopping in a supported app, users can tap the Android Pay button to confirm their information and complete the purchase. Similar to using Android Pay in stores, the service looks to protect consumers by not sharing their actual card details with merchants to complete transactions.

For a limited time, users can receive discounts by using Android Pay in supported apps, including OpenTable, Lyft, DoorDash and Vinted. Android Pay will come to additional apps in the future.

In addition, Google has announced Android Pay will arrive in Australia ‘in the first half of 2016.’

We’re working closely with many of Australia’s major financial institutions—including ANZ, Westpac and many other banks—with the aim of bringing Android Pay to their MasterCard and Visa card holders. You will be able to use Android Pay wherever NFC payments are accepted in the country, including merchants such as 7-Eleven, McDonald’s and Telstra.

And Australia is just the start. We’ll be adding more countries throughout 2016. This was a big year for Android Pay, and we’re excited about what’s to come.

Readers: Do you use Android Pay, or a service like it?