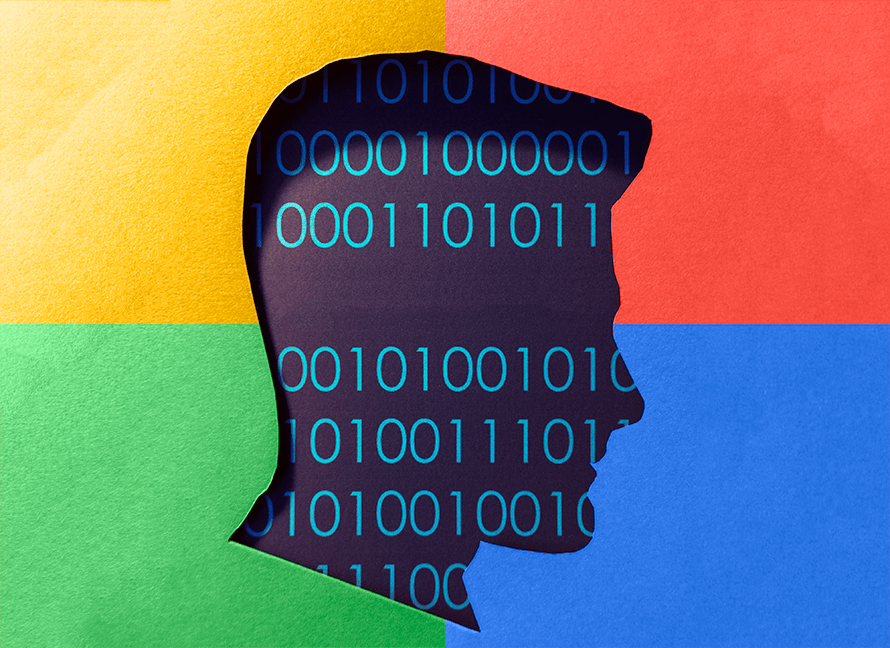 It’s widely known that Google profits handsomely from the vast amounts of data it collects from the billions of people who use its suite of applications, its mobile operating systems and its devices. According to new research released today, most of that valuable personal and location data is being collected when users are not informed that the data is being collected, or when they may not even be actively using their phones.

Even if consumers avoid Google applications and Android devices, Google is still able to collect a considerable amount of user data using the digital advertising tools it provides to advertisers and publishers, the researchers found. And even if Android users turn off Wi-Fi on Android devices, the location of the device is still tracked and sent to Google.

The 55-page study was directed by Vanderbilt University computer science professor Douglas Schmidt and aimed to comprehensively explain the origins and collection practices of the data that Google pulls from the users of its applications and its mobile operating system Android. Schmidt and his research team found that around two-thirds of the data Google collected or inferred from an Android user occurred in the background, when users were not notified that their data was being shared.

“Even if [an Android] user does not interact with any key Google applications, Google is still able to collect considerable information through its advertiser and publisher products,” the researchers found. Likewise, the researchers wrote, “if a user decides to forgo the use of any Google product … and visits only non-Google webpages, the number of times data is communicated to Google servers still remains surprisingly high.”

In the event that a mobile Android phone was entirely stationary and idle over the course of a 24-hour period, the device still sent about 900 data samples to Google. More than a third of those data samples—about 14 an hour—contained location data, the researchers found.

The trade association Digital Content Next, which represents publishers, distributed the study. Its CEO, Jason Kint, said that the study provided a comprehensive baseline understanding of just how much data Google is collecting from users across the internet and how it blends those sources of data together to fuel its lucrative advertising business. Last quarter, more than 85 percent of revenue at Alphabet, Google’s parent company, came from advertising, according to company filings.

“Like any customer or like any user, we all have a general understanding that [companies like Google] are collecting a lot of our data, and we get free services in exchange,” Kint said. “But it’s a powerful data point that most of the data is being collected passively, when you’re not consciously choosing to use their products.” 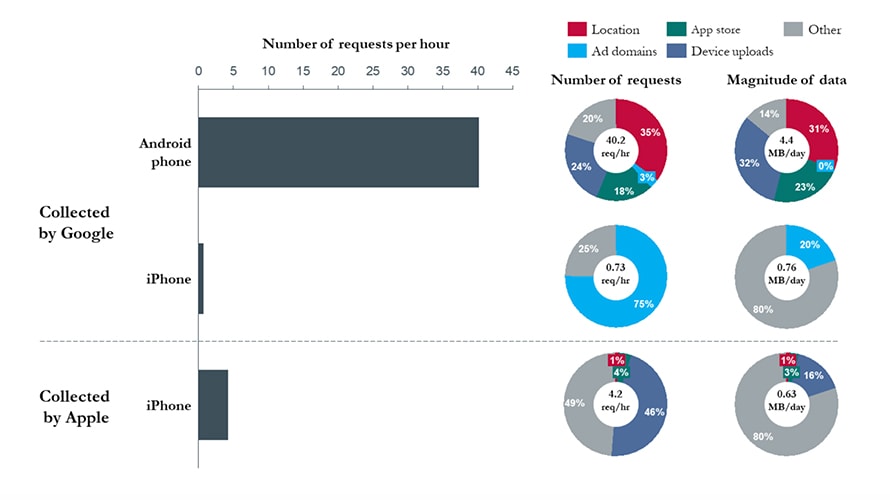 The results show just how much of a vice grip Google has on the web through its suite of apps and advertising tools that track users across the web, Kint said.

“It becomes virtually impossible to not have some sort of relationship with Google when you are a digital user,” he said.

The researchers also found that the anonymous identifier codes used to communicate certain types of data to Google included potentially personally identifiable information like Gmail IDs and the serial numbers of the device used. The data, the researchers suggested, could be used to personally tie various forms of data, like browsing histories, to users.

Using an iPhone instead of a device using Android significantly cut down on the amount of data Google was able to collect. A stationary and idle iPhone sent about 50 times less data to Google compared to the Android phone, the researchers found. Google did not collect any user location from the iPhone user in the 24-hour period, the researchers found, and iPhone devices shared 10 times less data with Apple than Android devices shared data with Google.