Going Viral Is All About Tapping Into Human Emotion 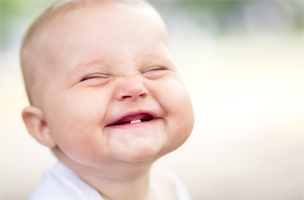 A great deal of emphasis is placed on share metrics, like retweets and likes. But how often do marketers target the thing that motivates people the most? Playing to the emotions of readers could allow marketers to tap into a more reliable sharing trigger. Which emotions should you target? According to Buffer blog contributor Courtney Seiter, there are quite a few.

Research from the University of Glasgow’s Institute of Neuroscience and Psychology has identified four basic emotions: happy, sad, afraid/surprised and angry/disgusted. These emotions are the primary reaction to stimuli, and nuances like annoyance, distraction or boredom develop later when users reflect.

These emotions play heavily into our social-sharing choices. Social media marketing company Fractl figured out the top ten emotions involved in sharing (see slide 28). Amusement, interest, surprise, happiness and delight made the top five, and the next five are similarly hopeful. Overlaying the top-shared content (divided by emotion) with Robert Plutchik’s ‘wheel of emotions’ unlocks the zones that marketers should be targeting.

The general takeaway from Courtney Seiter’s aggregated data is that the happier a piece of content, the more likely it is to be shared. This goes a long way in explaining the popularity of sites like BuzzFeed and Upworthy. Sadness plays a big part in social sharing too, as empathy tugs at the heartstrings and the wallets.

A study by Paul J. Zak, a neuroeconomist at Claremont Graduate University in Calif., found that oxytocin, a stress hormone that promotes connection and empathy, is pretty powerful. After watching a short video about a boy with cancer, participants showed elevated levels of oxytocin, which caused them to give more to charity.

“Our results show why puppies and babies are in toilet paper commercials. This research suggests that advertisers use images that cause our brains to release oxytocin to build trust in a product or brand, and hence increase sales,” Zak said to Seiter.

A New York Times viral content study showed anger to be the greatest motivator for their content, so there’s obviously a lot more at play that just “happiness = viral.” But one thing is certain: Flat content and emotionless pitches will fall on deaf ears when it comes to engaging with your audience.