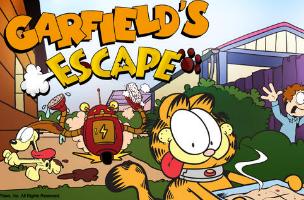 Animoca Brands’ Garfield franchise has passed 30 million installs on mobile devices. This news comes just in time for the famous fat cat’s 36th birthday on June 19, and will see Animoca offering discounts on the purchase price of paid Garfield apps, and a bonus 50 percent to all virtual currency purchases within free-to-play Garfield games.

“Garfield is lovable and relatable by anyone who has ever hit the snooze button one too many times or snuck in an extra piece of pie when no one was looking,” said Garfield creator, Jim Davis. “The team at Animoca Brands has done an excellent job of bringing Garfield to life through mobile games that are fun to play and true to the charm, humor and mischievousness that embodies the Garfield brand.”

Games in the franchise include Garfield’s Diner, a time management game that sees players running Irma’s Diner, and Garfield Coins, a twist on the classic coin dozer machines of old. Games range in price from free to $0.99 during this promotion, as many paid games have been marked half off during this birthday celebration.

“It is an honor to help Garfield celebrate his 36th birthday with these special app promotions,” added Robby Yung, CEO of Animoca Brands. “Despite his laziness, this most illustrious and incomparable of cats has entertained hundreds of millions of people in his career, and we consider ourselves privileged to have delivered Garfield-based games to another 30 million mobile users.”

Published and operated by Animoca Brands’ subsidiary studio Web Prancer, games in the Garfield franchise and birthday promotion can be downloaded on iOS, Google Play, the Amazon App Store and the Windows Phone Store. You can follow the stats on all of these apps on AppData.