But will it catch on with users? 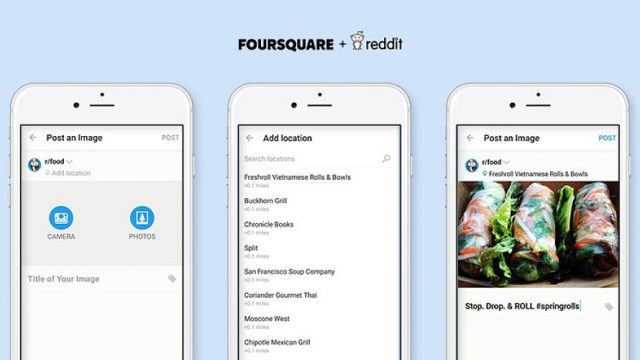 “The front page of the internet” is getting a mobile remake that should make it easier for users to add additional information to their posts.

Foursquare is announcing today that its data will power a new feature within Reddit’s app that lets users tag posts with their location. In theory, the feature will allow users to mark their posts with additional “context and interest,” said Mike Harkey, vp of business development at Foursquare in a blog post. To tag a post with a location, a list of Foursquare’s mapped locations will pop up as an option when users compose a post or they can search for a specific location.

While it’s not clear whether Reddit’s core users—who are known for passionately revolting changes to the site—will embrace the location-based posts, Foursquare stressed in its blog posts that the feature is optional.

“Location tags are completely optional, making it possible for Redditors to keep their profile private, anonymous and detail-free,” wrote Harkey. “Users never have to select a location, and neither Reddit nor Foursquare will store or share that data.”

The feature is Reddit’s latest development in making content readable on smartphones. The site rolled out its own mobile app last year, which some saw as a slow move from desktop to mobile.