Facebook Videos and the State of the Union Address 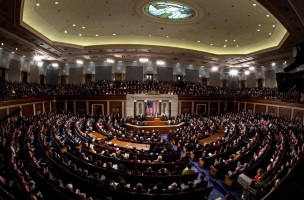 On media organizations, they wrote:

Media organizations tapped into the real-time conversation around the State of the Union with Facebook video. Broadcasters including NBC News, MSNBC, Fox News and ABC News uploaded clips from their coverage to Facebook throughout the speech. C-SPAN sped things up with a Hyperlapse of the start of the address.

From BuzzFeed News to TheBlaze, publishers also reached the State of the Union audience with Facebook video. The New York Times shared clips of key moments during and after the speech. By sharing the videos soon after each moment occurred, the Times tapped into the conversation as it was happening. This video of the most-talked-about quote of the speech — “I know because I won both of them” — had the most interactions of any video mentioning State of the Union that day, and is the Times’ most-viewed Facebook video to date.

We’re thrilled at how many people shared these videos with their friends as they talked about key moments of the president’s address. The videos also resulted in a deeper connection between the Facebook audience and Times Video. Thanks to the “Sign Up” call to action on the video player, we also collected thousands of new email subscribers for our free Times Video email newsletter in just one night.

As for the White House itself, Leffler, Mullaney, Peters and Zhang wrote:

The White House has used its Facebook page to publish 18 native videos in the weeks leading up to, during and immediately following the State of the Union address. A series of native videos featured breaking news and announcements from the president, offered a glimpse into the SOTU speechwriting process, shared quick facts about the historic event and even encouraged people to ask questions of key administration officials the morning after the annual address using the hashtag #AskTheWH. These videos reached a total audience of 26 million with more than 13.5 million views.

On Jan. 8, the White House shared an exclusive video on Facebook as the president kicked off his pre-State of the Union road show. The video, filmed on Air Force One, detailed the president’s proposal for tuition-free community college education and quickly became the single most-viewed Facebook video that the White House has shared to date — 8.3 million views and counting — reaching more than 21 million people.

During the State of the Union address, the White House published a series of eight short native videos along with key quotes and milestones from the talk. In total, these clips have been viewed 1.76 million times to date.

On Tuesday and Wednesday, more than 100 legislators across the political spectrum shared their views on the speech. These videos were viewed more than 1.9 million times on Facebook and many were integrated directly into television and digital coverage of the event.

We want to reach people where they are, and Facebook’s video platform offers the opportunity to do exactly that — at any time and on any device — in both a substantive and engaging way.

Readers: Did you watch any State of the Union-related videos on Facebook?