Esquire to Get New Editor as Jay Fielden Exits

After three years at the helm, he 'felt the lure of new possibilities' 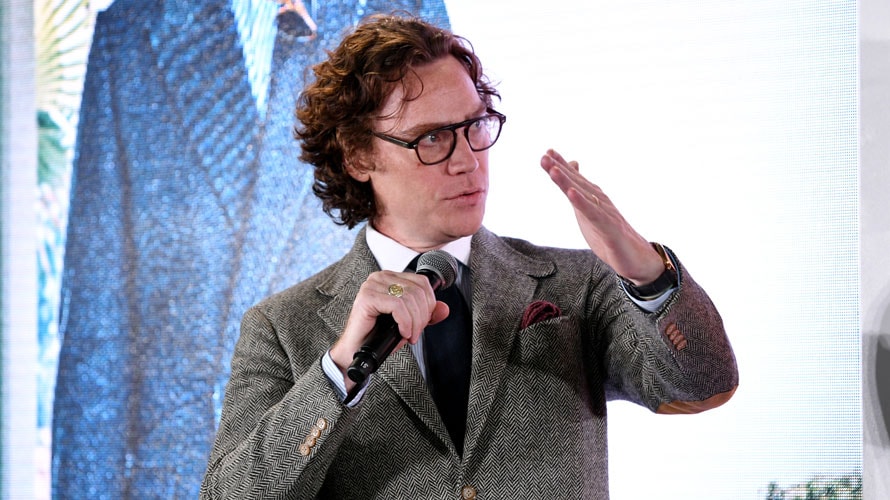 Jay Fielden is leaving Hearst Magazines "after a lot of long and careful thinking."
Getty Images
Share
By Sara Jerde
|
May 23, 2019
Share

Jay Fielden is leaving Hearst Magazines after more than three years as editor of Esquire. In a post on Instagram, Fielden said he “felt the lure of new possibilities” and that he decided to “to press on in a new direction,” though he didn’t specify what that meant for him.

A spokesperson for Hearst Magazines said in a statement that Fielden would continue to contribute to Esquire and Town & Country, the latter of which he also serves as editorial director: “We thank him for his leadership and contributions to Hearst Magazines over the years and wish him the best with his future plans.”

Today—after a lot of long and careful thinking—I have decided it is time to depart as Esquire’s editor in chief, three and a half years after I arrived. The issue we unveiled earlier this week—with Leonardo DiCaprio, Brad Pitt, and Quentin Tarantino on the cover—will be, it’s not easy to say, my last. As a magazine editor and writer, I've long revered the magical intersection of words and images as they come together on the page and online. Ever since I graduated from college, in fact, I've been working for a big magazine—The New Yorker, Vogue—or editing one—Men's Vogue, Town & Country, Esquire. In the decade that Hearst Magazines has been my creative home, I've also collaborated with some of the best writers, photographers, designers, and fellow editors in the business, and it's been a genuine privilege for which I’m deeply grateful. There is no greater joy—or honor—than the camaraderie of a close and deeply talented staff, and the thing I will miss most (in addition to the great muse that is Esquire itself) is the conversation and debate, the collaboration, the shared life of revisions and deadlines and filling the monthly void. Simply put—their daily company. I have, however, felt the lure of new possibilities—all the more so now, as the means of production for a new media venture is basically my laptop (which also has the first few chapters of a book on it). For me, the time has simply come to press on in a new direction, perhaps more than one, before I get struck by male pattern baldness. When I settle for certain on what’s next, you will be among the first to know. Until then, I hope to practice my piano, play a little more tennis than usual, and make my kids breakfast while my wife gets to sleep late. I might even get to take all these bags on a long summer trip . . . or two. #esquire

Fielden’s replacement has not been named.

Hearst made headlines earlier this year after Esquire reporters who worked on an exposé about director Bryan Singer brought it to The Atlantic instead, saying the story had been killed by Hearst executives.

Hearst Magazines President Troy Young refused to comment on the editorial process to Adweek earlier this year, but in a wide-ranging Q&A on the state of the publishing powerhouse, he said he regrets “any time that a huge amount of energy is put into something and the investment’s not realized. It is in no way reflective of our commitment to ambitious journalism.”

The Singer situation had “weighed” on Fielden, one of the story’s authors told The New York Times.