Facebook has been working on improving publisher relationships of late, embarking on a listening tour of sorts to discuss how it can better collaborate with content creators. There have been rumors that Facebook has a plan underway to host publisher content, and while these appear to be unfounded, the social network is without doubt a hub for content consumption. 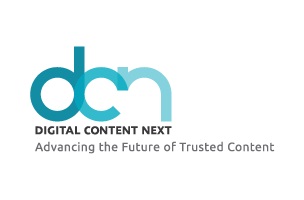 Facebook has been working on improving publisher relationships of late, embarking on a listening tour of sorts to discuss how it can better collaborate with content creators. There have been rumors that Facebook has a plan underway to host publisher content, and while these appear to be unfounded, the social network is without doubt a hub for content consumption.

Enabling dialogue and healthy discussion between digital content companies and constituents in the ecosystem is core to Digital Content Next’s mission. As such, DCN gave Facebook a little face time with its members at its Video Day Nov. 6 in New York, inviting the social network to lead the day’s presentations about video strategy. First, though, DCN CEO Jason Kint kicked things off with a brief overview of the state of the industry, which included the Interactive Advertising Bureau/PricewaterhouseCoopers statistic that 10 websites collect 71 percent of digital advertising revenue.

Unfortunately, Kint pointed out that few if any of these are media companies. He also cited another IAB statistic that there has been 65 percent growth in display advertising over the past three years, adding, “I doubt that, with the possible exception of Facebook, any company in the room has experienced anywhere near that level of growth.”

After this dose-of-reality opener, two of Facebook’s strategic partnership representatives, Beth Loyd and Jason White, took the stage. Not surprisingly, they had some pretty compelling statistics of their own: More than 1.3 billion people use Facebook worldwide. The average user checks their Facebook News Feed 14 times per day, and the company sees more than 1 billion video views per day, 65 percent of which are via mobile. With an audience like that, it is clear why publishers are taking Facebook’s calls, wary or not. The trick, however, is turning exposure to Facebook’s massive audience into revenue for content creators.

Loyd’s and White’s presentation also provided tips to improve the performance of videos in News Feed:

Facebook cited examples from several DCN members that have mastered the platform to increase engagement, including Time’s animation of its covers, which drove 13 times more engagement on Facebook than its standard posts. J.R. McCabe, senior vice president of video at Time, said he was pleased with the growth his company has made in video and made it clear that a Facebook strategy is a necessary part of that content distribution strategy.

There are those, however, who view Facebook as more than that. NewsBeat Social leverages Facebook in its global distribution network. The company optimizes all of its content for the platform, noting that social media and mobile viewers prefer videos that are one minute or less. Tyler Peterson, director of operations at NewsBeat Social, applauded Facebook’s efforts to improve the way it “surfaces quality news.” Given that every time someone visits News Feed, there are about 1,500 potential stories for them to see, Peterson said that the improvements to Facebook’s ranking algorithm actually work in quality content creators’ favor by surfacing what is more likely to appeal to the user.

This remains a bone of contention, however. While the News Feed algorithm may sound like a purely mathematical proposition, Kint and others believe that it isn’t so clear cut; there are many factors in how content is filtered in the Facebook News Feed, many of which are not transparent to users or publishers.

For digital publishers, reaching vast and potentially new audiences via Facebook is compelling on its own. The potential of revenue sharing, and the hopes that other means for content creators to monetize these audiences will emerge, will have to sustain them, for now. As Todd Belis, managing director of Accenture’s media and entertainment practice, said, “Millennials identify more with where they get the content than who made it,” leaving more than a few media executives with a lot to think about, particularly as they consider the role Facebook plays in their content delivery strategies.

Michelle Manafy is the editorial director at nonprofit trade organization Digital Content Next.