Consumers Find Voice Ads ‘Less Intrusive’ Than Others, According to Adobe Report 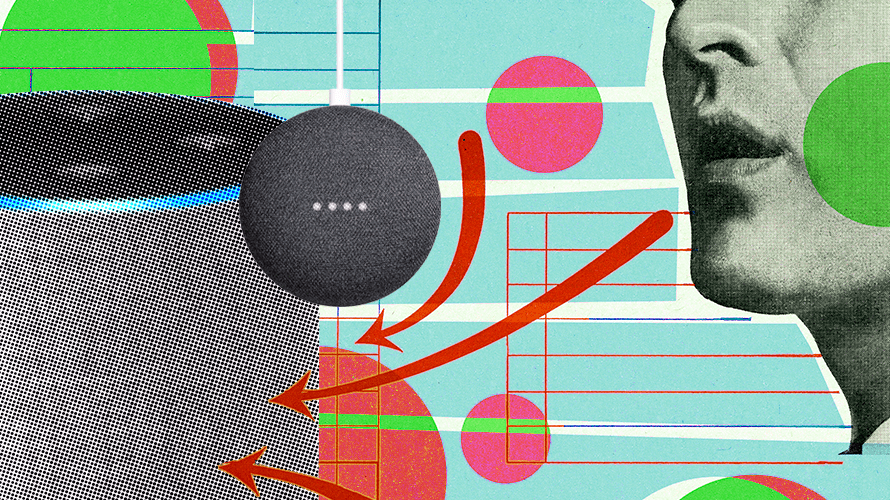 According to a new report from Adobe Analytics about voice, more people want voice assistants, like Amazon’s Alexa, to do more things. Like turn on the television.

Following up from the company’s previous voice report in September, the study is laced with new insight for brands—such as of the 25 percent of consumers who’ve heard an ad on a smart speaker, 38 percent find it “less intrusive than ads on TV, print, online and social media.” Thirty-nine percent think the ads are “more engaging.”

“Brands and the big tech players have to begin honing in on the specific use cases that add more value, and start by seeing what the data is showing them around engagement and usage,” said Colin Morris, director, Adobe Analytics. “But all in all, the demand is there.” 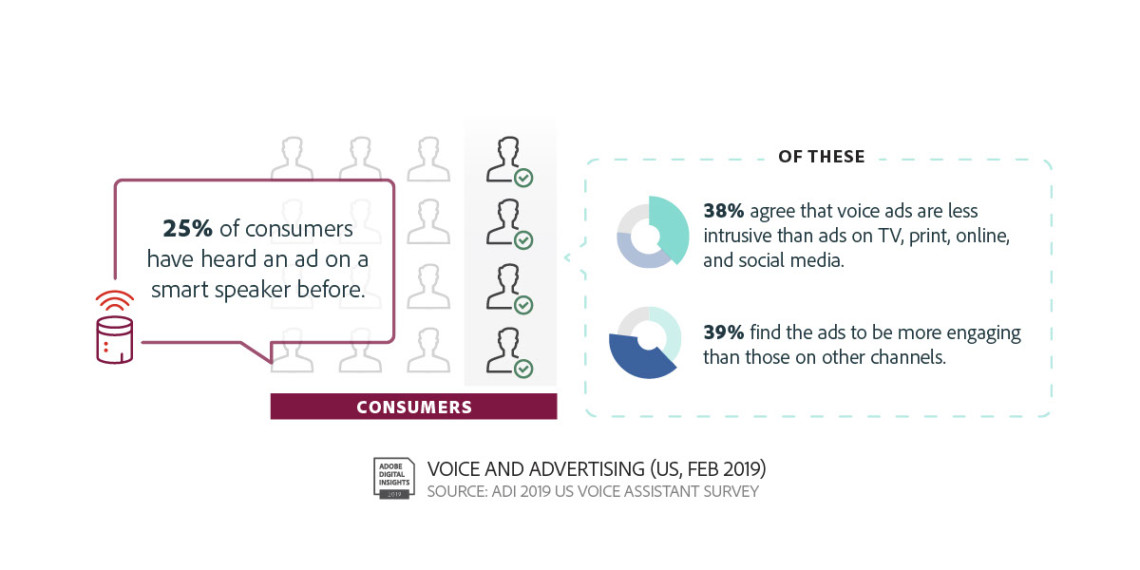 Looking to the future, 42 percent of those surveyed want voice in their TVs, 29 percent in their car, 29 percent in thermostats and 28 percent in lighting. Voice is also a priority when it comes to TV and speaker purchases; 32 percent consider it a “factor” when buying a TV and 42 percent think about it with music speakers. And for any naysayers of the Google Home Hub or any of the Echo devices with screens, 38 percent of consumers actually believe a smart speaker with a touchscreen would make the experience better.

“Voice is best served as a computing layer, where the piping developed by companies like Amazon can be used out of the box when people buy things like cars, TVs and lighting,” Morris said. “But, it is critical for brands to tie these different touch points and experiences together. At the end of the day, the computing platform is worthless if the experience is not intuitive and clean.” 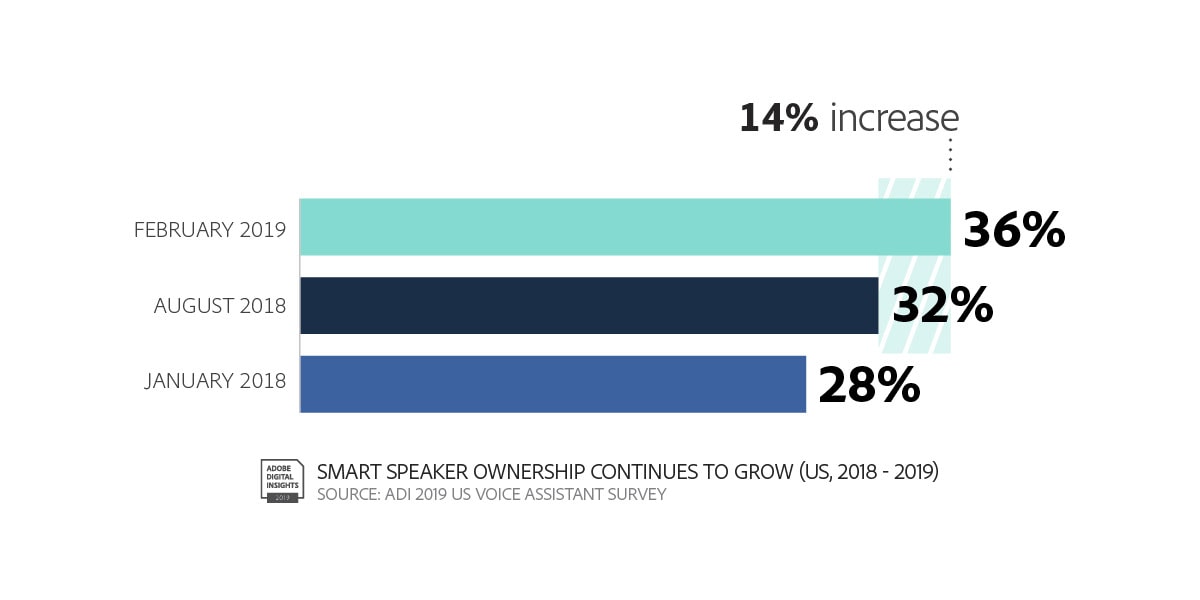 But, despite all the places where consumers wants voice, there’s not a whole lot of different use-cases considering 74 percent primarily use smart speakers to play music and 66 percent to ask about the weather. There’s also some uses that are on the decline from the August 2018 report, like ordering food or shopping; 14 percent used it to get takeout compared to 17 percent and 26 percent used it for shopping compared to 30 percent.

Adobe’s takeaway is that “emerging use cases” like these are not rapidly adopted by consumers compared to easier features like asking the weather or setting an alarm. Another pain point is where consumers are placing the speakers; 64 percent place them in the living room but 46 percent put it in the bedroom—not an ideal place to shop or shout reminders. 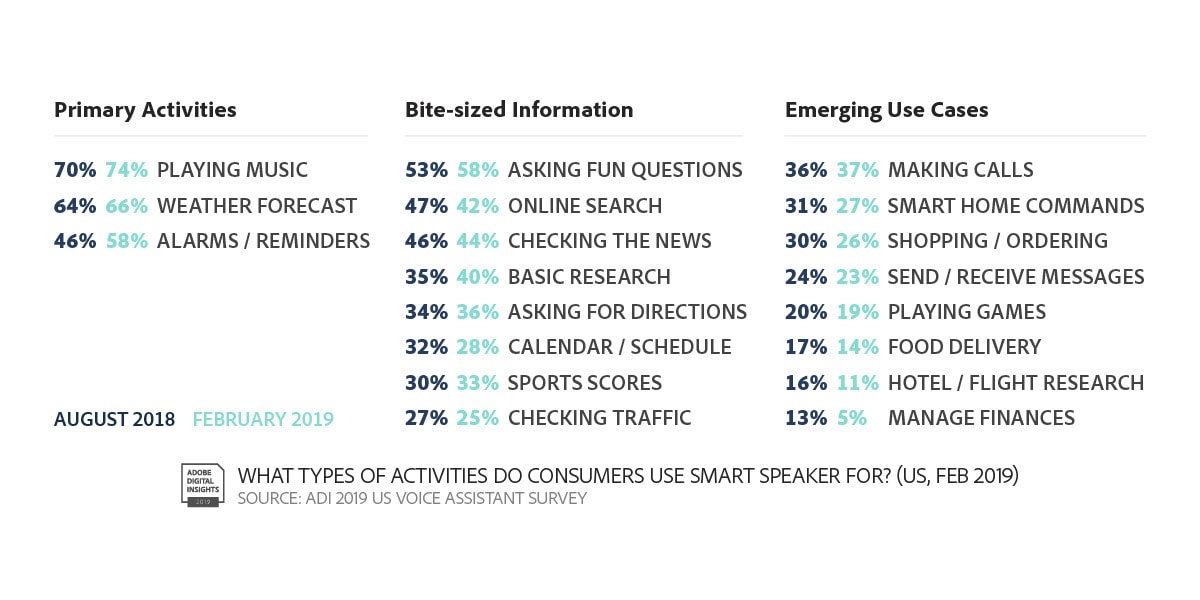 More than half (54 percent) of consumers believe the technology works well, with 41 percent saying it works “OK.” Forty-seven percent also responded by saying the smartphone voice assistant is their “favorite,” with 31 percent then saying smart speakers are, followed by 8 percent on their cars and 7 percent on a tablet.

“Smart speakers, while not as ubiquitous as smartphones, are part of our social fabric now,” Morris said. “The only thing that can slow it down, is an uninteresting ecosystem of skills.”