It's time Cadillac "dares" to do the right thing. 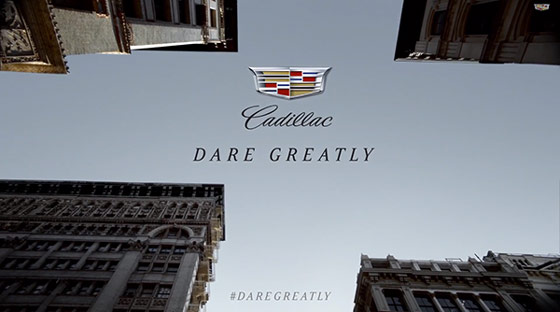 It’s called “Intellectual Property” — probably one of the most esoteric things on the planet to protect, define, and shelter from the ne’er-do-wells out there who choose to be lazy instead of original.

ICYMI, Cadillac took someone else’s intellectual property out for a spin as part of its new rebranding campaign. How do we know? Because the author of the book from which said IP originated has called GM out for it.

Most have little clue who she is, but regular Oprah viewers know this woman’s name because she’s the acclaimed author of the book Daring Greatly and a fan fave on the OWN Network.

Brene checked her Facebook page, read about Cadillac’s latest advertising campaign, and then she blogged about it.

As some of you may know, Cadillac is launching a new campaign based on the Roosevelt “man in the arena” quote. Their new brand tagline is #DareGreatly. We’ve received many emails and comments over social media asking about my involvement in the campaign so I wanted to clear that up with you.

Cadillac sent me an email last week informing me about the campaign and letting me know that they were inspired by the quote, and particularly by my book. I am in no way involved with the Cadillac campaign.

I’m not receiving any payment and I wasn’t consulted or informed in advance of the launch.

Brene, on the other hand, gives the father of the Teddy Bear (yes, it was named after him) ample credit for her headline:

Teddy Roosevelt’s quote has been inspiring people for over 100 years and I hope the call to courage continues from you and from each of us. My personal commitment is to keep showing up, being seen, and living brave (even when I’m in fear and scarcity).

Check out interviews about the ad, which will debut during the Oscars: one from BrandChannel; one from Forbes; one from Cadillac’s former home of Detroit. Not one word about Brene Brown. So, PR moment for us: Is this inspiration sans credit or is it a case of stealing intellectual property?

Will Cadillac #DareGreatly by coming to its senses and give Brown a new car?