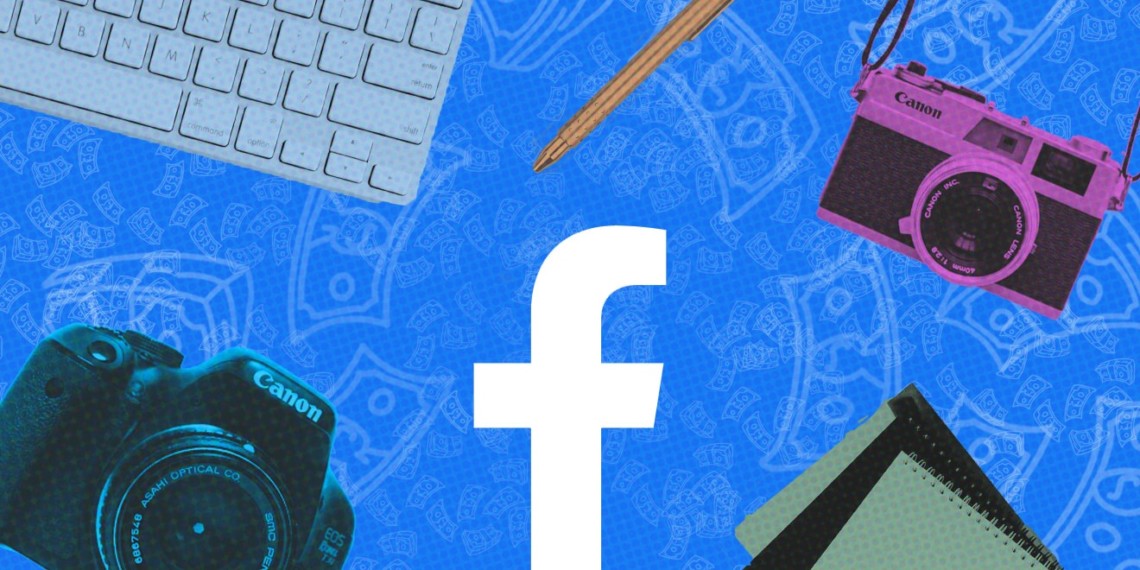 Facebook is rolling out several updated features for people and organizations who publish original content on the platform to help them earn money from advertising and branded content or drum up monetary support from their fans.

The new tools, which the social media company announced today in advance of the annual digital creator convention VidCon—which kicks off Wednesday—represent Facebook’s latest attempt to draw creators to the platform by offering them varied and customizable ways to make revenue from ads and their fan bases.

The product updates allow certain content creators on Facebook to have more control over the kinds of ad breaks they use to monetize their content. Creators who are approved to monetize their sites will be able to choose whether to use only pre-roll or below-video ads on their content if mid-roll ads don’t make sense for them.

Facebook is also rolling out an updated Brand Collabs Manager, where creators who meet requirements to monetize their sites can manage relationships with brands and view analytics about that branded content. The site is offering an updated Creator Studio that will give publishers and creators a Monetization Overview section for reviewing monthly earnings, viewing audience and distribution analytics and managing presences across Instagram and IGTV, along with Facebook proper.

Beginning this week, Facebook is changing its fan subscriptions tool.

At the same time, Facebook is tweaking its fan subscriptions tool, which lets fans pledge a recurring monthly payment (most often $4.99) to support certain eligible content producers in exchange for perks like discount codes and merchandise. Beginning this week, Facebook creators that offer fan subscriptions can offer subscribers access to subscriber-only Groups as an additional incentive for paying the monthly fee.

The company is also expanding the use of a tool that enables Facebook users to buy packs of “stars” and send them to content creators they want to support. The star functionality, which awards creators one cent per star, is already available in Facebook’s gaming hub, FB.GG, and Facebook plans to test whether the feature might work on other forms of video content on the platform.

Facebook is expanding a tool that lets users buy packs of 'stars' to send to content creators they want to support.

At an embargoed press meeting prior to the announcement, Facebook director of media monetization Kate Orseth told reporters that the platform wanted to reward publishers and creators for producing “enduring, memorable and authentic” content for it.

“Our hope is that content creators can turn their passion into a meaningful business with the money that they earn through one or both or multiple of the products in this suite, depending on what makes sense for them,” Orseth said.

Facebook doesn’t take a cut of deals struck between advertisers and creators through the brand collaboration tool, but it does take 45% of revenue generated from ads that run on creators’ content. The site takes anywhere from 28.6% to 5% of revenue from the sale of star packs, depending on how many stars a user purchases at one time.

As a thank you to early testers of the fan subscription tool, Facebook won’t take a percentage of the subscription revenue generated from subscribers who signed up before Jan. 1, Orseth said.

Orseth declined to say how many Facebook pages or creators are already using subscriptions, or the number of creators who have struck up relationships with brands using the Brand Collabs Manager.

The rollout continues a slow but steady extension of tools for content creators on Facebook, which the company initially offered last year prior to VidCon and has since expanded to several European countries. Those new product updates seem intended to put Facebook in even more direct competition with platforms like YouTube and Twitch, which have long attracted video creators, and membership platforms like Patreon, which allow creators to collect monthly financial support from their fans.

Mark and Roxanne Hoyle, the husband-and-wife team behind the family-oriented Facebook page LadBaby, praised Facebook’s fan subscriptions tool, of which they were an early tester. Mark Hoyle said the page had “a few thousand” paying subscribers, which in combination with ad revenue allowed LadBaby to generate “far more significant” revenue on Facebook than on YouTube. There are considerably different audience sizes on the two platforms, he acknowledged: on Facebook, the duo has about 3.5 million followers; on YouTube, the page has about 635,000 followers.

The Hoyles are part of a number of creators Facebook plans to talk to onstage during VidCon to look to appeal to the video creator community on July 11-13. Facebook on Tuesday is also hosting its second annual Facebook Creator Day, where people making content for Facebook will be able to network and discuss their businesses on the platform.

Facebook has looked to make inroads in the user-generated creator space, but it remains to be seen how exactly Facebook will handle a space that has for platforms like YouTube become somewhat contentious regarding its policies about acceptable content and behavior. Facebook has partner monetization policies and content monetization policies governing which creators and what individual pieces of content are allowed to be monetized, but the site did not explain what the process is for identifying, flagging, warning or ultimately demonetizing individual videos or entire pages other than saying that the company will deploy a combination of machine learning and human review.

Orseth told reporters that Facebook’s handling of the situations depends on the severity of the policy violation, but did not say whether Facebook has a “strikes” policy like YouTube does. Orseth did not answer Adweek’s questions about whether any creators participating in the Facebook fan subscription test had lost access to those tools over a violation of Facebook’s rules, or what the process is for enforcing its policies.