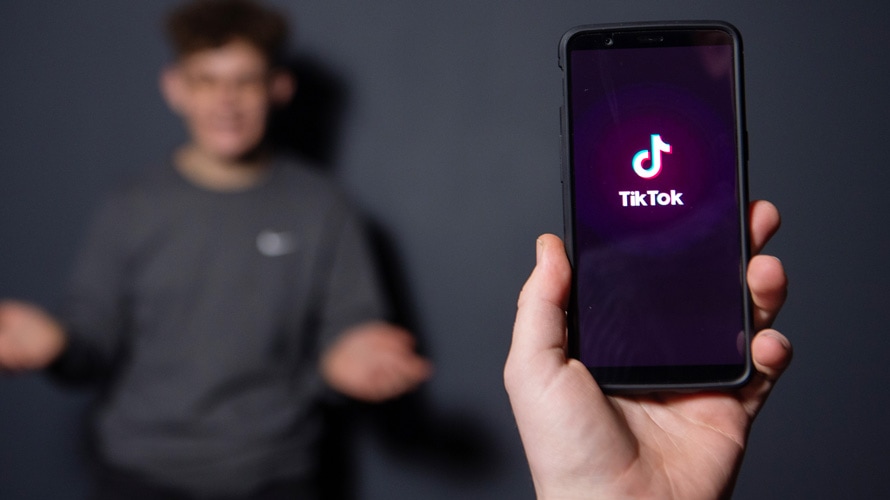 The document lays out a proposal by which TikTok would attempt to recruit influencers off of Instagram and Youtube. Getty Images

A quick Google search conducted by Adweek yielded what appears to be a recent brief from influencer-focused agency Upfluence, laying out a proposal by which TikTok would attempt to recruit influencers off of Instagram and Youtube with the promise of hundreds of dollars to create “original, high quality content [that’s] meant to go viral.”

“With the purpose of building a long-term collaboration, TikTok is looking for U.S.-based DIY, Comedy/Gamers, and Pets influencers on Instagram and YouTube,” the document states.

The brief—which was uploaded to a public dropbox in September—explains that influencers could expect a flat $500 payout for signing on to the platform plus $25 for each video they upload. From June 10 to Aug. 2, creators would be expected to upload three videos per week, or 24 videos, for a total of $600 in earnings for that period. It also outlines a “bonus structure”: 100,000 views on a video would net the creator an additional $200; 200,000 views would get them $300; and 1 million views would earn them $500.

“[By] joining this project you’ll be able to expand your audience on the TikTok platform, while at the same time opening […] a different creative outlet in a new format,” the document reads. “The goal of this campaign is to show that TikTok offers great and entertaining content. Also to help you create the best TikTok style content.”

In an email to Adweek, Upfluence didn’t confirm or deny the authenticity of the document, but noted that it is “strictly confidential” and that “any reproduction or diffusion of confidential content is prohibited.”

Similarly, a TikTok spokesperson didn’t confirm or deny this specific recruiting effort, but noted in an email to Adweek that the company’s worked with influencer agencies at times on marketing and influencer campaigns.

In a statement, a TikTok spokesperson said: “We’re constantly amazed and impressed by the talent and creativity of the TikTok community. And we’re always thrilled to learn from our creators as we continue to build a positive experience on TikTok.”

The document also lays out the hallmarks of what successful content looks like—having a “strong opening shot to hook the viewer,” for instance, using “sounds from the TikTok library as background music” and having “a twist [or] unique ending to encourage viewers to share your video.”

According to a recent rate card, brands are currently buying TikTok’s in-feed ads for $10 per impression with a $6,000 minimum campaign spend. For brand takeover ads, those that appear front and center when a user opens the TikTok app, the cost goes up to $50,000 and more. As Adweek previously reported, brands can engage TikTokers in six-day branded hashtag challenges for roughly $150,000.

Based on those numbers, the payment amounts influencers could receive on the platform’s behalf seem relatively negligible.

The influencer verticals that TikTok seemingly wants to tap into are no coincidence.

Take the gaming community, for example. With advertisers becoming more comfortable and spending more on in-game ads than ever—more than $3 billion this year, according to eMarketer—and gamers’ channels ranking among the most subscribed to on Youtube, it makes sense that TikTok would want some of that content for itself.

TikTok's description of its payment system.

Meanwhile, the proposal to poach influencers in the comedy space is another one that would seem to play to the platform’s strengths. The New York Times once described TikTok as a “safe haven” for people seeking silliness.

“Paying influencers isn’t uncommon, but paying influencers to create content is a tactic that’s new and unique,” said Lenoria Addison, who directs influencer strategy for Deutsch Los Angeles. As TikTok matures, she said, the platform “[needs]  to think about how they’re going to provide value to influencers that are already building their businesses on Instagram and on Youtube.”

But winning those influencers can be tough. On platforms like Youtube, Addison said, creators are already raking in earnings through Google Adsense, earning roughly $3 to $5 per thousand video views, not to mention the hundreds of dollars they earn through sponsored content offered by major brands. And while TikTok offers brand partnerships as well—this summer, luxury brands like Ralph Lauren and chains like Kroger partnered with the platform—partnerships are still few and far between.

“Right now, influencers aren’t earning as much money on TikTok as they are on other, more mature platforms,” Addison said. An incentive to create more content, she added, would expand the platform, drawing in more brands, more advertisers—and more earnings for the creators involved.

Beyond the three clips per week, the document encourages would-be TikTokers to post additional videos, just in case their initial submissions fall short of “content mandatories.” Among these requirements are only posting “high quality” original content that’s more complex than “a lip sync video (i.e. singing along to lyrics)” and “more than a simple selfie.” These videos must also be between 11 and 16 seconds long and include a caption under 150 characters with a Federal Trade Commission disclosure: “#TikTokPartner.”

In recently released guidelines for influencers and creators, the FTC dictates that on space-limited platforms, like the 150-character limits TikTok’s partners are bound by, terms like “partner” or “ambassador” are acceptable options.

At the time this story was published, the #TikTokPartner hashtag boasts 4.4 billion views across the platform, while the #ad hashtag boasts 3.9 billion.