When Facebook announced the overhaul of its Preferred Marketing Developer program and its early 2015 renaming as Facebook Marketing Partners, it also mentioned that it would improve access to its ads application-programming interface for developers. Details on the new ads API access levels were made available in a post on the social network’s developer blog by product manager Aditya Kulkarni. 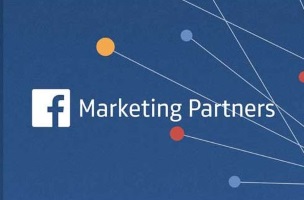 When Facebook announced the overhaul of its Preferred Marketing Developer program and its early 2015 renaming as Facebook Marketing Partners, it also mentioned that it would improve access to its ads application-programming interface for developers. Details on the new ads API access levels were made available in a post on the social network’s developer blog by product manager Aditya Kulkarni.

Access to Facebook’s ads API will now be available on three levels — development, basic and standard — and Kulkarni described those three levels as follows:

In development, try out the ads API and test your applications on the Facebook platform.

This access level is designed for development purposes and is ideal for developers that are just starting to build out their tool. This level is open to all developers, and it is intended to build out end-to-end work flows on the API before you get full permissions. Developers with this access would not yet have customers using their advertising tool.

Limitations of development access: API calls are limited to your own ad accounts, up to a maximum of five ad accounts; heavily rate-limited per ad account.

In basic, further test, iterate and build an app with up to 25 external accounts.

Once you have developed your app, you may apply for basic access, which allows management of up to 25 ad accounts. Applications to the basic access level are managed through your app’s “status and review” panel. Criteria for basic access include demonstrating an integration with the Facebook ads API, including a minimum number of successful API calls. Learn more here.

This access level is meant for businesses to scale out their use of the ads API to a limited set of initial customers.

In standard, use unlimited accounts to truly scale your business, and even be nominated to become a Facebook Marketing Partner.

This last tier is reserved for businesses with heavy customer demands. This tier removes the limits on number of customer accounts and per-account API rate limits. This level of access is equivalent to the access level existing ads API apps have. Applications to the standard access are managed through the API application form, and you can apply for standard access once you have exhausted the limits available in the basic access level. The criteria for standard access are selective, including a business and app review. Only companies with strong experience with Facebook marketing are likely to be approved.

The development and basic access levels are being added prior to the existing standard access level to the ads API, thus enabling new developers to innovate faster in these emerging areas, while allowing existing partners to grow their businesses in their particular domains.

New developers that want to explore the Facebook ads API and try building new tools can now get started on the ads API with development access by going here and, when ready, apply for access to basic and standard levels as needed.

We aim to encourage developers to build differentiated solutions in emerging areas of growth and opportunity, including but not limited to small and midsized businesses, new verticals and new geographies, to address more of the needs of today’s sophisticated and diverse marketers. With these new access levels, ads API developers can now:

The new access levels do not affect existing ads API developers, which already have the highest access level. We are also not changing the qualifications to become a partner, although we are expanding the ways that partners can differentiate themselves. Allowing more diversity in our ads API ecosystem will help drive more innovation and expand on the capabilities of the Facebook platform.

Developers: What are your initial thoughts?