A Tidal Wave Is Coming to Snapchat

The audio streaming app and messaging app are now integrated 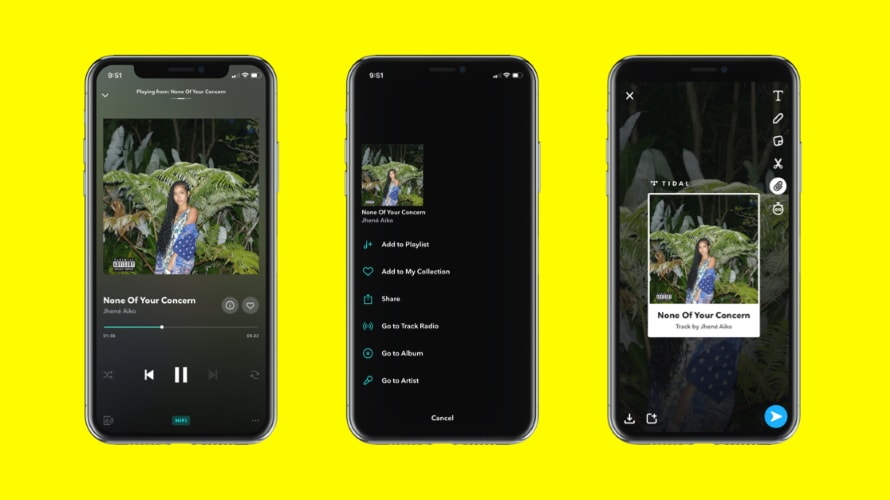 Videos will appear as 30-second playable previews on Snapchat, while songs, albums, artists and playlists will be shared as still images.