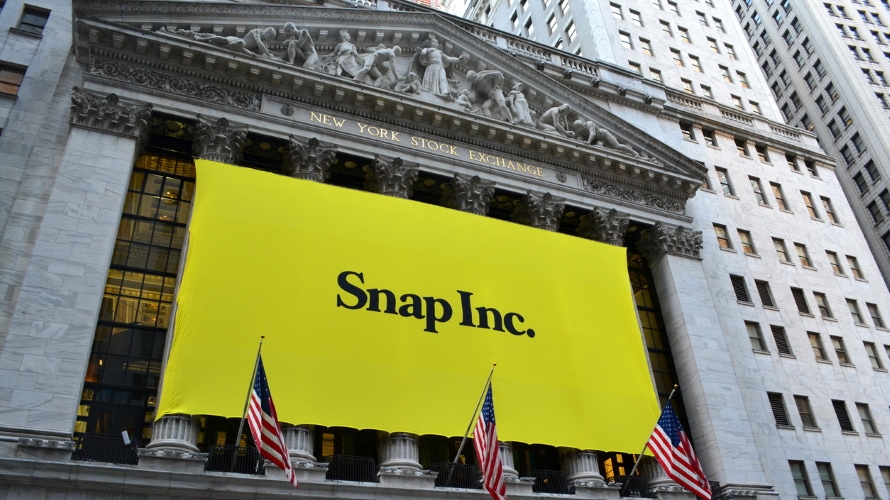 Following are eight highlights from the company’s earnings call.

The company said DAUs rose sequentially and year-over-year in North America, Europe and the rest of the world, as well as on both iOS and Android platforms.

Co-founder and CEO Evan Spiegel said during Snap’s earnings call, “Today, more than 75% of the 13- through 34-year-old population in the U.S. is active on Snapchat, making us larger than services like Facebook and Instagram among this audience, and demonstrating the broad-based appeal of our service.”

He continued, “We have also observed that communicating visually with real friends on Snapchat provides long-term value for our community. For example, Snapchatters in the U.S. who joined five years ago and were active at the end of their first year have retained at more than a 95% annualized rate. We believe this high retention rate underscores the important role Snapchat plays in the lives of the people who use our products.”

Snap said its audience watching content on its Discover platform daily is up 35% year-over-year, and total time spent per day watching Discover is up 60% over the same time period.

Spiegel also cited ESPN as an example, saying that it started out with text-heavy Publisher Stories when it first joined Discover, and it is now up to four different shows, including full-screen vertical video on its SportsCenter.

Snapchat released its rebuilt Android application in April, and it said users are sending 7% more Snaps compared with the old version.

Spiegel added during the call, “We are seeing early positive results following the rollout of our new Android application, with more than a 10% increase in the retention rate of people who open Snapchat for the first time. Furthermore, on the majority of Android devices used by new users, Snapchatters are now sending 7% more Snaps when compared to the old version, which we believe is an important leading indicator of their long-term retention.”

Snap said over 200 million users accessed its next generation of AR lenses, which use deep neural networks to modify people’s appearances in real-time, in the first two weeks they were available.

The company added that Snapchatters submitting new lenses via its Lens Studio every month were up 20% compared with the first quarter, and the total number of lenses created via Lens Studio topped the 500,000 mark.

Snap said it saw more engagement with community-created lenses during the second quarter than it did during all of 2018.

Spiegel said, “AR has become a daily behavior for the vast majority of our community because Snapchat opens into the camera. Our strategy is to continue driving innovation in fundamental AR technology, while building a platform for creators and partners to power AR experiences for our community. We recently launched the next generation of AR lenses, which leverage our experience with the mobile camera, as well as our ongoing investment in research and innovation.”

Chief business officer Jeremi Gorman added during the call, “Let’s dive into a recent AR example. Of course, the world stopped for Game of Thrones, and we were thrilled to be a part of the zeitgeist. But the most incredible aspect of this execution was how the remarkable ability to land a dragon on the Flatiron Building and turn New York into King’s Landing led to performance outcomes for HBO in the form of HBO Now user acquisition.”