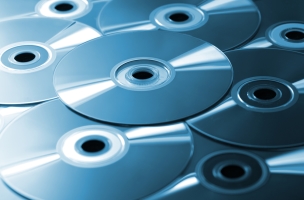 The social network is currently testing a prototype storage system made up of 10,000 Blu-ray discs, which it revealed at OCP Summit V in San Jose, Calif., Tuesday, PCWorld reported.

According to PCWorld, the prototype system was designed with cold storage in mind, meaning the storage of data that is rarely accessed, such as duplicates of users’ photos and videos.

PCWorld reported that Parikh demonstrated the prototype at OCP Summit V, and it resembled a typical server cabinet from the outside, but on the inside, the Blu-ray discs were stacked in piles and selected by robotic pickers, which could move them to one of the 16 burners housed within the system.

Parikh said during the presentation, as reported by PCWorld, that the Blu-ray system slashes costs by 50 percent when compared with Facebook’s current cold-storage system, and energy use is 80 percent lower, adding that he expects to boost the prototype’s capacity to 5 petabytes.

And Taylor told PCWorld in an interview that Blu-ray discs are cheaper than hard disks, and their storage density can potentially be upped, adding that Facebook intends to start productions tests of the prototype system later this year, and that while “We see this as a new area of demand for the technology (Blu-ray),” the social network eventually intends to shift to a low-power version of flash for its cold-storage needs.

Readers: Are you surprised at this potential use for Blu-ray discs?