Xfinity Filmed an Ad at Ferris Bueller’s House, but It’s Not the Principal Sneaking In

A modern cautionary tale in a familiar setting 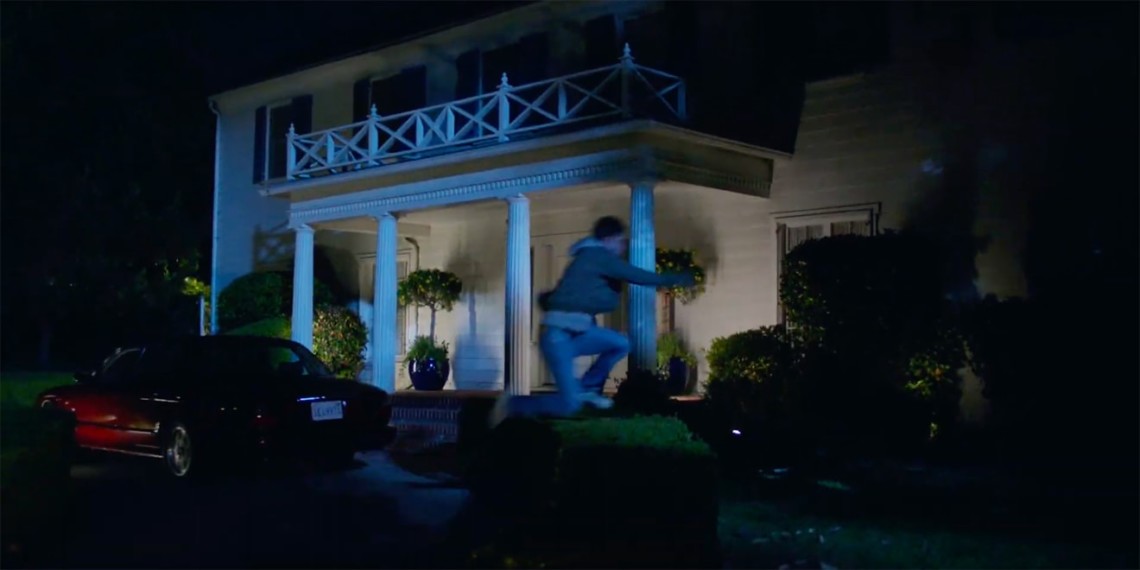 When last we saw someone trying to sneak into Ferris Bueller’s house, it was Principal Ed Rooney hoping to prove that the high school rapscallion was faking his illness to take a day off from school. (Which, of course, he totally was.)

That didn’t work out so well for Rooney, who gets kicked in the face three times by Ferris’ sister (Jennifer Gray) and left to stagger away with nothing to show for his prowling.

So how will it work out for the newest person attempting to infiltrate Chez Bueller?

To be clear, the plot of Xfinity’s newest spot from agency Goodby Silverstein & Partners doesn’t have anything to do with the 1986 comedy classic starring Matthew Broderick, though it does include quite a few callback moments referencing Rooney’s break-in attempt.

This time, we see a young man attempting to reach his girlfriend’s bedroom after her parents have gone to bed. But there’s one obstacle he hadn’t counted on.

“Whether you’re a parent or a teenager, this timeless story is one we can all relate to,” says Todd Arata, svp of brand marketing for Xfinity, in a statement on the ad launch. “And with the xFi app we’ve made it even easier for you to control your home Wi-Fi so surprises like our Romeo here are a thing of the past.”

Admittedly, in a era of video doorbells and app-integrated home cameras, a Wi-Fi alert doesn’t seem like the most effective way to catch a romantic intruder, but it still makes for an easy way to visualize a benefit of the service.

In case you’re wondering which part of suburban Chicago the Bueller homestead is in, sadly that placement was just Hollywood magic. The home is actually in Long Beach, Calif.

This obviously isn’t the first ad to reference Ferris Bueller’s Day Off. Broderick somewhat returned to the character in a 2012 Honda CR-V Super Bowl ad from agency RPA, though he was technically playing himself.

In 2017, Domino’s and agency CPB recreated Ferris’ frantic run home from the end of the movie, this time with Joe Keery, aka Steve from Stranger Things. The pizza brand also hosted a stream of the full movie on its Facebook page that June.