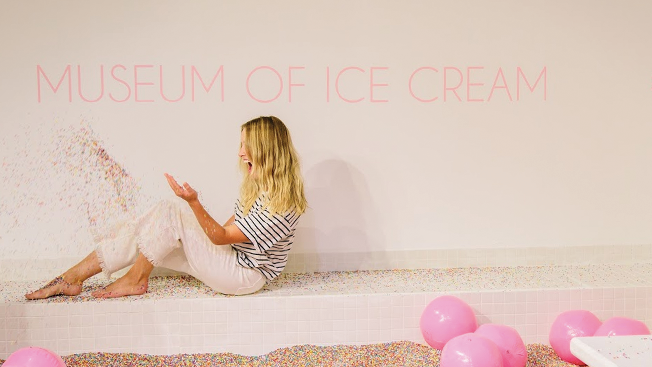 Cheesebraham Lincoln. Locheese Monster. Statue of Libercheese. These are just some of the "rare" Cheetos featured in the "Chester's Masterpieces" section of the online Cheetos Museum. Since June, the Frito-Lay-owned brand has gathered over 100,000 submissions via a contest asking Americans to help curate its upcoming Cheetos Museum. The brand plans to sort through the submissions, award prize money to winners and potentially use said submissions in an offline version of the Cheetos Museum that it will build later this year, according to Jeannie Cho, vp of marketing for Frito-Lay.

The upcoming Cheetos activation is part of a burgeoning trend that's seen brands like Glade, Land O'Lakes and Hulu seek to move past product-focused marketing and give consumers new, immersive experiences with their brands via museums.

Frito-Lay is holding a contest seeking submissions for the Cheetos Museum.

"If you can make consumers walk through a museum, that's more time than these brands have ever been able to engage their customers over the course of time," said Nicole Ferry, partner and executive director of strategy at brand engagement firm Sullivan. "All of a sudden, they're able to tell their story in a way that isn't so transactional, and it builds a perception of that brand in a more specific way beyond product attributes."

That's certainly true of Glade's Museum of Feelings, which connected the brand's scented products with a larger proposition: feelings. The effort, created by Ogilvy & Mather and produced by RadicalMedia, set up in New York City last fall and drew over 56,000 people; in June it garnered four Cannes Lions, including the first gold Lion for parent company SC Johnson. "How do you get people to remember a smell? Build memories around it. Create an experience. We gave the world a whole new way to look at Glade," said Ann Mukherjee, SC Johnson's global chief marketing officer, in a statement. Getting consumers to look at the brand in a fresh way is also the driving force behind Land O'Lakes' newly formed museum dedicated to agriculture, The WinField Crop Adventure at Fair Oaks Farms. The project, which has been in the works for four years and opened in June, is meant to educate consumers about agriculture, according to Faye Bliese, director of integrated marketing communications for WinField, an agricultural subsidiary of Land O'Lakes—which makes sense given that Land O'Lakes is a farmer-owned company. "[In] our whole [agriculture] industry right now, people want transparency, they want to understand. And when you talk about farming as an industry, we have not done a good job of telling our story," said Bliese. The museum's purpose is to help remedy that.

Beyond the experience itself, brands hope to garner engagement online—particularly through social media posts about the effort. Take, for instance, Hulu's approach. In order to promote that Seinfeld was now part of its library, the streaming service created a replica of the show's signature set, Jerry Seinfeld's apartment, in New York City and Los Angeles—where thousands visited and posted photos on Instagram.

"With the ubiquity of social, I think it makes sense to do museum pop-ups now more than ever because they will get the amplification more readily," explained Marie Chan, senior director of employee engagement at branding firm Siegel + Gale. "People are just instantly sharing on the ground." An "Instagrammable moment" was considered when designing the Museum of Ice Cream, a temporary installation (it's open for the month of August in New York) sponsored by brands like Tinder, Dylan's Candy Bars and Dove, according to the museum's social media director Madison Utendahl. "The idea that this would be clickable and shareable, that you could inform your friends and family of this experience [through social media] was very much incorporated into the production of this," said Utendahl.

Still, even as those social media moments are considered and might help create buzz, brands shouldn't expect a museum effort to "draw millions or go viral by itself—because it won't," said Chan. "You have to think about the pop-up museum as a touch point, or content, and you have to use whatever means necessary to distribute that experience."