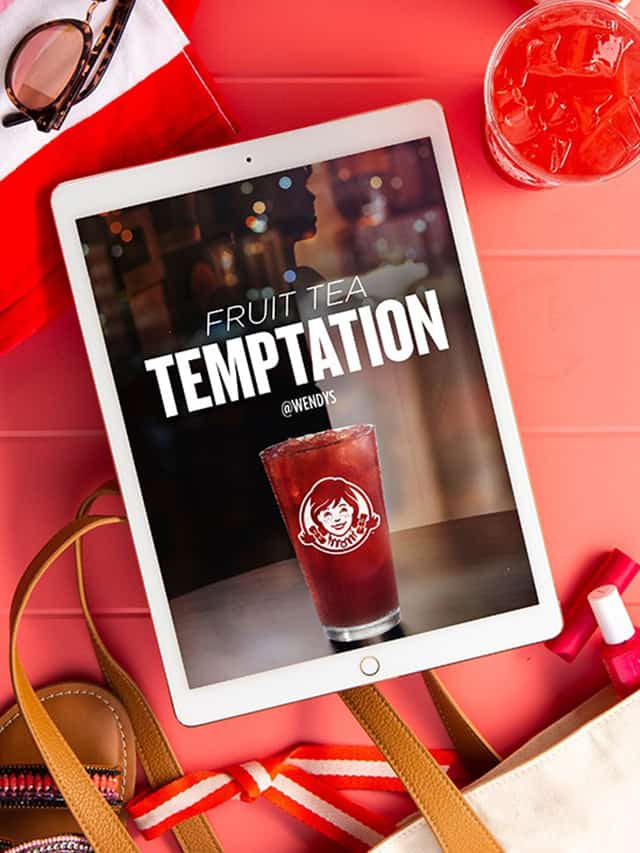 Your next steamy summer beach read is coming from an unexpected source: Wendy’s.

As a part of its summer sip-cation campaign, Wendy’s teamed up with Wattpad (an online community where users can post and share original writing), as well as their agency, VML, to release six romance short stories. Each story is themed to one of Wendy’s summer beverages: Berry Cherry Fruit Tea, Strawberry Watermelon Fruit Tea, Honest Tropical Green Tea, Limeade, Strawberry Lemonade, All Natural Lemonade. Adweek has an exclusive excerpt of one of these sexy-yet-satirical stories.

The Wendy’s team was drawn to the Wattpad platform because of the community that already exists there (the site reaches 65 million people a month), giving users the ability to have an organic conversation around content. Wattpad was also an ideal platform to reach the campaign’s target demographic — younger women — as they’re some of its most active users, according to Jimmy Bennett, senior director of media and social for Wendy’s.

“The more that we dove into the platform, we became really inspired by the ability to be creative and to have a dialogue with folks,” he said. “Especially when you’re talking about reading and writing, it can feel like a very singular activity, but with Wattpad, it allowed us an opportunity to really expand into a dialogue and have a conversation.”

The stories — six in total, one for each beverage — were penned by members of the VML team. The aim was to publish something that captured what Bennett says is the feeling behind the campaign, as well as the Wendy’s brand: “A little sassy, a little bit fun, not taking life too seriously,” he said. And the partnership fit Wattpad’s vision, too: Jordan Press, the platform’s Head of Entertainment Brand Partnerships, said that the six romance stories, “could not be more Wattpad.”

The campaign is not a paid one: Instead, Wendy’s has set up a Wattpad profile, just like any other user, and will manage it along with the VML team. Press said that the faith Wendy’s has put in Wattpad has made the partnership feel even more fruitful for both parties.

“We’re excited to watch these stories catch wind without any paid support in the same way that a regular user would post a story and have it go viral.”

Check out an exclusive excerpt of one of the six stories below.

Courtney watched the condensation drip down the side of the Berry Cherry Fruit Tea. She clutched her necklace gingerly as her heart swelled with envy. The Fruit Tea wasn’t hers. It belonged to Jean-Paul, her old roommate’s sister’s ex-boyfriend.

“I want to take you with me,” she whispered to the Fruit Tea.

The Berry Cherry Fruit Tea said nothing because it was only a delicious Wendy’s beverage and not a sentient being.

Courtney ran to the window and pulled down the shades. The hotel room suddenly became shrouded in darkness. Courtney knew what she was doing was wrong, but she couldn’t stop. She was entranced, acting on primal instinct, her body overtaken by desire.

Courtney bit her lip. She wanted to take the Fruit Tea and run away, run from all the troubles of the world, leaving behind her old life to start anew. She closed her eyes and briefly imagined a life with the Fruit Tea. Traveling to exotic countries, experiencing new adventures, drinking the refreshing beverage to quench her thirst.

She picked up the drink, slowly drawing the straw to her lips, and quivered with anticipation.