Was the 3G Kraft Heinz Mega-Merger Destined to Fail?

Marketers blame cost-cutting and a lack of innovation 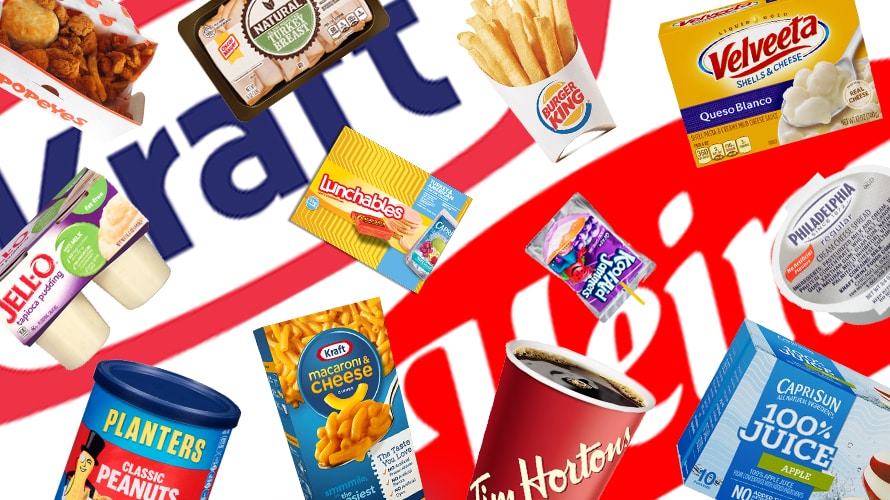 It all looked perfect on paper.

Between 2013 and 2015, 3G—the Brazilian private equity firm credited with “reinventing the consumer industry” by applying its deceptively simple “cost-cutting and deal-making” approach to Burger King and AB InBev—teamed up with Warren Buffett’s Berkshire Hathaway to acquire and unite packaged-goods giants Kraft and Heinz. The move brought classic brands like Velveeta, Kool-Aid, Oscar Meyer and Heinz Ketchup together in a mega-merger that promised to deliver for consumers and investors alike.

But something went very wrong along the way.

On Feb. 21, Kraft Heinz announced a $15.4 billion write-off amounting to almost a quarter of its total value while simultaneously confirming an SEC investigation into accounting and procurement practices. Stock prices dropped 30 percent in 24 hours.

Buffett acknowledged in subsequent media appearances that he and 3G had overvalued the properties. But industry experts believe a misunderstanding of today’s marketing landscape also played a significant role in facilitating the dramatic dive. 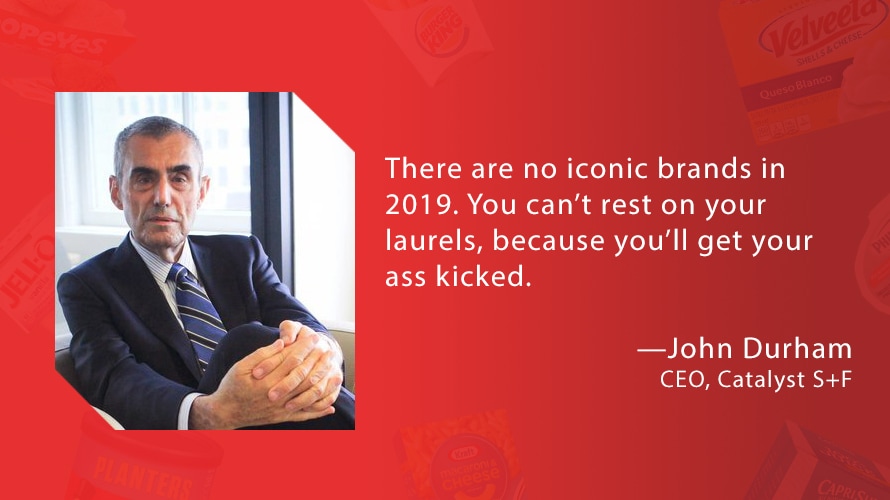 Others, meanwhile, noted a perceived failure by 3G to invest in building brand equity. The firm slashed budgets, eliminated hundreds of marketing jobs and cut more than 10 ad agencies from Kraft’s roster before the Heinz merger. One former employee in Popeyes’ marketing department said the majority of that team left following 3G’s takeover. Still other industry observers thought 3G believed the brands in question to be so big that they would all but sell themselves.

“They didn’t pay attention to what was going on around them in the world,” said Farmer, calling 3G’s approach “naive.” Some of the key parties involved in the deal now seem to agree; 3G co-founder Jorge Paulo Lemann described himself as “a terrified dinosaur” at last year’s Milken Institute conference.

“There are no iconic brands in 2019,” added John Durham, CEO of consultancy Catalyst S+F and former executive at media agency Carat. “You can’t rest on your laurels, because you’ll get your ass kicked.”

Based on Adweek’s conversations with agency executives, marketers and analysts, many would like to use the Kraft Heinz write-off as a teachable moment to prove cost cutting alone is not a viable path to profitability.

One top holding-company executive said anxious CPG clients have expressed hope in recent weeks that 3G’s struggles might persuade their own bosses to resist pressure from activist investors and place more capital in their own brands.

“I compare it to the moment when Pepsi got all that blowback after the Kendall Jenner ad, and agency people pointed and said, ‘See, in-housing doesn’t work,’” noted Jay Pattisall, chief analyst at Forrester.

But Pattisall and his fellow industry observers see this event as a momentary distraction from CPG’s years-long “trimming the fat” narrative. As GroupM global president of business intelligence Brian Wieser put it, “The ongoing pursuit of efficiencies is just a natural course of being.”

“What we call non-core is everything that we do that consumers and customers don’t care about,” he said, citing “fancy offices” and private jets for executive travel.

As evidence of the ideology at work, Luz pointed to the Super Bowl spot for Kraft Heinz’s frozen food brand Devour.

“Where did the $5 million come from to fund Devour’s Super Bowl ad?” he asked. “ZBB allows us to be very disciplined with the non-core to fund the core.”

For others, 3G’s cost-cutting ways hit closer to home. A source familiar with the company said its policies can be “punitive,” and a Kraft Heinz employee who spoke to Adweek on condition of anonymity said it places extremely strict regulations on expensing items like meals, corporate travel or computer software.

“[My previous employer] would provide you simple things like supplies,” the employee said. “At Kraft, there’s no supply room. You can’t even find a pen lying around.” The cuts are so deep that this staffer believes they could have an adverse effect on productivity and motivation, pointing to Kraft’s refusal to pay for basic office needs, such as a second monitor, as well as employee certifications that are typically viewed as industry standards.

“I think it’s ridiculous,” she said. “Wouldn’t you want to invest in your employees and make them certified?”

The employee acknowledged that cuts to superfluous spending can potentially “save [Kraft] a lot of money” over time. Wieser also argued that zero-based budgeting works, “but not if the goals are short-term savings.”

“When it comes to brands, longer-term horizons matter,” he added.

CPG companies face a catch-22, because they benefit disproportionately from marketing while facing constant pressure from investors to increase margins. And agency services are usually among the first to get cut.

“No CEO wants to invest in marketing, because it’s a gamble,” said Farmer. “On the contrary, there’s 100 percent certainty that every dollar you take out of costs has a positive impact on your share price.”

Luz admits that not all of Kraft Heinz’s moves have paid off. “Do we get it right all the time? Of course not,” he said. “Sometimes we bet on something that doesn’t hit. We try to learn and move on.”

In a 2018 op-ed, Farmer wrote that “tinkering with budgets in the name of ZBB discredits the methodology,” which has proven successful many times since emerging in the 1970s. He believes the reason it didn’t work for Kraft Heinz is that its brands weren’t growing—and hadn’t been for some time—largely because products like Velveeta are “perceived by the younger generation to be full of chemicals and completely fake.”

A new kind of consumer

Marketers may roll their eyes upon hearing, yet again, about millennials’ passion for purpose and organic ingredients—but the behavioral shift is impossible to ignore. The source close to the business said legacy brands like the ones under the Kraft Heinz umbrella can find themselves “in need of an injection of culture” to address these constantly evolving tastes. 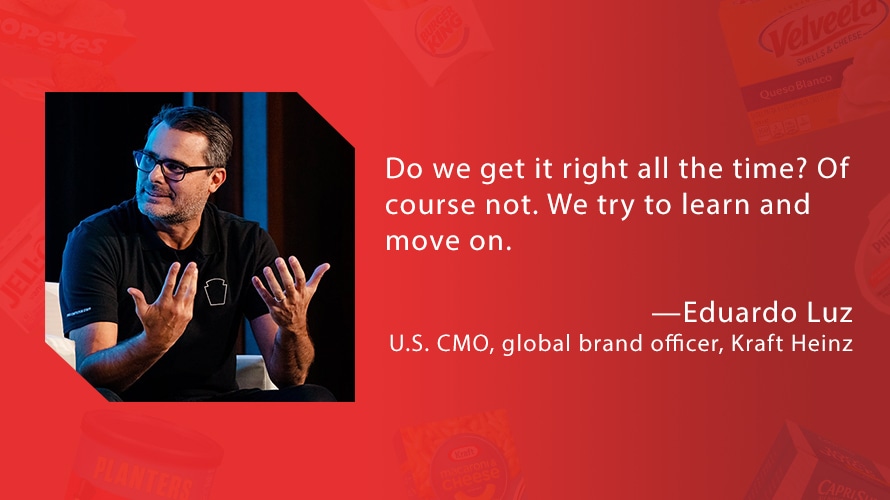 FIG founder Mark Figliulo served as chief creative officer at TBWA\Chiat\Day New York before it became one of the many agencies stripped from Kraft’s roster in late 2014 ahead of the Heinz merger.

The key lesson he drew from February’s implosion is the need for clients to focus more intently on product development. Naming direct-to-consumer challenger brand Casper as an example, he said companies with truly unique offerings “will want to shout it from the rooftops,” thereby creating more work for their agency partners.

Vaughan Emsley, founder of CPG consultancy Cleanup on Aisle 7, who worked on the Procter & Gamble account during much of his 25-year stint at Saatchi & Saatchi London, called this approach “the big difference” between Kraft Heinz and P&G, which has stood its ground by “introducing new products like Swiffer while innovating on power brands like Tide, Head & Shoulders and Pampers on a regular basis.”

When asked for examples of such innovation, Luz pointed to Devour, SmartMade frozen meals, Ore-Ida’s Just Crack an Egg breakfast kits and the self-explanatory hybrid known as “Mayochup.”

“Not everyone is eating goat cheese hand-strained by Tibetan monks,” Emsley joked when referring to wellness trends. But he still believes Kraft Heinz, like so many packaged-food makers, has failed to keep up with consumer tastes despite being all too aware of the challenges they present.

“Even 30 years ago, they were concerned about attitudes toward processed food,” he said. “And, frankly, mixing ketchup and mayonnaise is not the answer.”

But while Luz said he views Kraft Heinz as a steward of the classic names in its portfolio and referred to those “150-year-old brands” as “a gift,” the unnamed source disputed the idea that the company has failed to understand the importance of creating new products. “They knew better than that,” this person said. “I think they did know that they were under siege because they could see their own share numbers. You can always see the sales trends for which products are in general trending down.”

“Those things don’t happen by accident,” Luz said of his company’s innovation efforts. “You need investment and vision to do that.”

When investments were made, consumers didn’t seem to care. In 2016, Kraft Mac & Cheese ran a campaign highlighting the quiet removal of artificial colors and preservatives, implying that this move went unnoticed because it had no effect on the taste of the food. But sales did not increase enough to counter the prior loss of market share.

“They owned mac and cheese for centuries, and now you can walk into Whole Foods, Vons or Safeway and buy mac and cheese seven different ways,” Durham, the consultant, said. “Why would I go and get Kraft when I can get fresh, interesting, innovative meals?”

Calling out distribution issues, Durham also told Adweek that he was unable to find the Mayochup product at local retailers like Walgreens when it launched, while competitors such as Hellman’s “made sure that they still had placement.” (For the record, he acknowledged keeping Heinz ketchup and mustard in his refrigerator and said he sought out the mayonnaise hybrid to satiate his curiosity.)

Durham also noted that his own employees swear by meal services like Hello Fresh and Blue Apron to feed their families, suggesting Kraft would do better partnering with such brands to provide ingredients for their meals rather than pivoting toward a more health-conscious audience.

But making these sorts of changes is no small feat: The anonymous industry source added that food innovations can be particularly tricky due to the hurdles involved in the product-approval process.

“The innovation pipeline for food is long because of food safety,” she said. “It takes years to get a new product launch. You have to really have a lot in your pipeline and you have to be able to throw out the things that aren’t good pretty early, and sometimes that’s hard for companies to do.”

Kraft Heinz remains a major investor in traditional media, running two ads in the last Super Bowl and spending just over $525 million promoting its entire brand portfolio in the U.S. in 2018, according to Kantar Media. But like so many competitors, its approach to digital and social is evolving—with sometimes mixed results.

Durham recently told students in his MBA class at the University of San Francisco to visit area stores, pick three brands that stood out and examine their social media profiles. “Out of 44 students, not one picked a Kraft Heinz brand,” he said. Instead, they favored regional offerings that know “how to use social media in a strong way.”