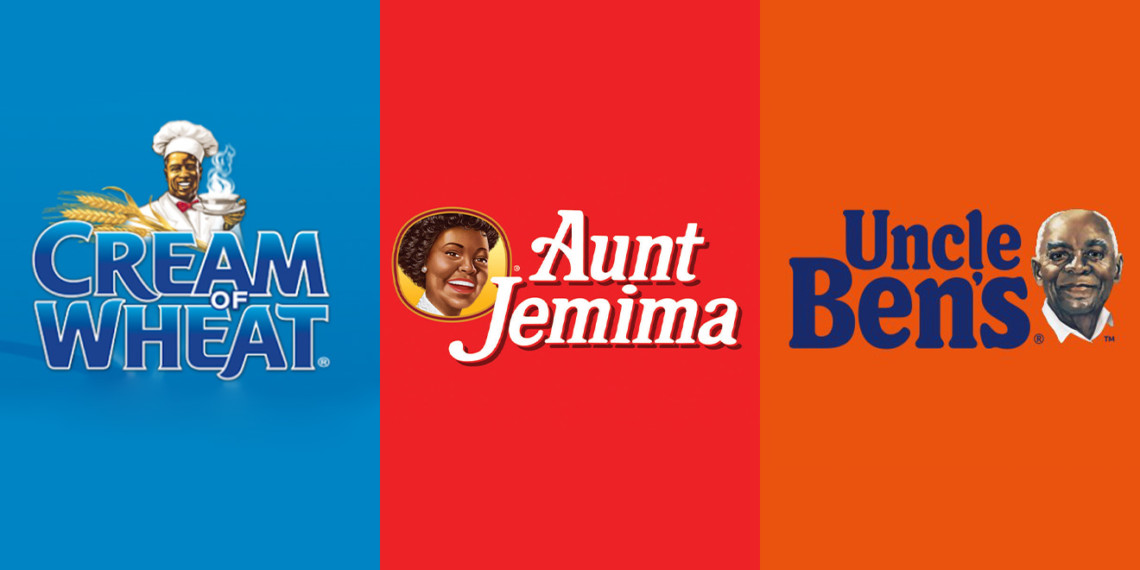 These brand mascots emerged between the Civil War and the Civil Rights Act. Cream of Wheat, Aunt Jemima, Uncle Ben's

Dairy brand Land O’Lakes is hardly alone in using a cultural stereotype as a mascot for generations—and it’s also not alone in its reluctance to speak publicly about it.

Take, for example, Miss Chiquita, which became the face of the banana brand in 1944 and was transformed into a “vibrant Latin woman” in 1987. (Chiquita did not respond to a request for comment.)

There’s also the ice cream bar known as Eskimo Pie. It was reportedly the brainchild of the proprietor of an Iowa ice cream parlor, who partnered with candy manufacturer Russell Stover in 1922 and trademarked the name, which, according to Smithsonian Magazine, was “meant to evoke the chilly north and the indigenous people who lived there.” Though there’s been corporate distancing from the mascot on the part of parent companies Nestle and Froneri, the logo remains on its packaging.

But arguably the most egregious examples of these mascots are the ones rooted in nostalgia for slavery, representing the Aunt Jemima, Cream of Wheat and Uncle Ben brands that all emerged between the Civil War and the Civil Rights Act.

Aunt Jemima dates back to 1889, making it the oldest of these brands with problematic mascots. According to AuntJemima.com, the character was first portrayed in 1890 by Nancy Green, described by the brand as “a storyteller, cook and missionary worker.” (It doesn’t mention that she was born a slave in Kentucky in 1834.)

Aunt Jemima was later portrayed by another woman, Anna Robinson. Her backstory is unclear, but the brand notes that after traveling the country to promote Aunt Jemima starting in 1933, Robinson “is able to make enough money to provide for her children and buy a 22-room house, where she rents rooms to boarders.”

Other women followed. Actress Aylene Lewis was the last, portraying Aunt Jemima at a branded restaurant within Disneyland from 1957 to 1964, where she “[served] pancakes and [posed] for photos with guests.”

A blog post from the Smithsonian National Museum of African American History and Culture explains that stereotypes about African Americans grew after the 1857 Supreme Court decision in the case of Dred Scott v. John Sandford, in which Chief Justice Roger Taney wrote that people of African descent were not U.S. citizens and had no right to sue in federal court.

According to the post, this legal precedent spurred caricatures of African Americans in popular culture, including the Mammy stereotype of the nurturing African American housekeeper, with which Aunt Jemima is now synonymous. It was first popularized in minstrel shows after the Civil War—in fact, Marilyn Kern-Foxworth, author of the book Aunt Jemima, Uncle Ben, and Rastus: Blacks in Advertising, Yesterday, Today, and Tomorrow, wrote that Aunt Jemima hails from a song in a minstrel show that one of the brand’s founding partners saw in 1889.

Quaker Oats, which has owned Aunt Jemima since 1926, did not respond to interview requests.

Another that potentially falls under this umbrella is syrup brand Mrs. Butterworth’s, which was founded by CPG giant Unilever in 1961 and more recently came under the purview of packaged foods company Conagra. In an email, Dan Skinner, manager of brand communications, said, “We have never discussed Mrs. Butterworth’s race, religion or ethnicity, other than to say that she is ‘motherly’ and known the world over for her delicious syrup.”

She has, however, been compared to the Mammy stereotype—and actress Butterfly McQueen, who played the maid Prissy in the 1939 film Gone with the Wind, was reportedly the model for the original bottle. (Skinner said Conagra has nothing in its records that verifies McQueen’s role.)

Holding company B&G Foods, which has owned Cream of Wheat since 2007, says the brand dates back to 1893. B&G and Cream of Wheat do not offer any information about the man on their boxes, although his image appears in a number of ads in a slideshow dubbed “Our Favorite Memories.”

In a blog post, Kirsten Delegard, co-director of the Mapping Prejudice Project at the University of Minnesota, said Cream of Wheat founder Emery Mapes designed the packaging with a former slave he called “Rastus” after the characters depicted in the Uncle Remus books of African American folk tales, first published in 1880.

According to a December 2000 essay by David Pilgrim, professor of sociology at Ferris State University, Mapes, a former printer, found the image of a black chef among his old printing blocks. This logo was used until the 1920s, when Mapes paid a Chicago waiter $5 to pose as the new chef.

“The image of this unknown man has appeared, with only slight modifications, on Cream of Wheat boxes for almost 90 years,” Pilgrim wrote.

B&G Foods did not respond to interview requests.

The Cream of Wheat chef is arguably the most enduring example of the Uncle Tom stereotype in marketing. The pervasive caricature hails from the 1852 novel Uncle Tom’s Cabin, as The Smithsonian writes: “The stereotype of Uncle Tom is innately submissive, obedient and in constant desire of white approval.”

In his essay, Pilgrim writes that the Tom caricature, like Mammy, was born in antebellum America in defense of slavery.

“How could slavery be wrong, argued its proponents, if black servants, males (Toms) and females (Mammies), were contented and loyal?” Pilgrim wrote.

And it’s this imagery—in which Pilgrim notes “the toothy, well-dressed black chef happily serves breakfast to a nation”—that Cream of Wheat has used for 127 years.

According to Uncle Ben’s, the name “Uncle Ben” was adopted in 1946. That’s four years after Forrest Mars—son of Frank Mars, founder of the food conglomerate that bears their name—acquired the rights to an easy-to-cook rice initially called Converted Brand Rice.

“Who is Uncle Ben? Actually, he was two people!” according to the brand’s website. “The name comes from a black Texan farmer—known as Uncle Ben—who grew rice so well, people compared Converted Brand Rice to his standard of excellence. The proud and dignified gentleman on our boxes, who has come to personify the brand, was a beloved Chicago chef and waiter named Frank Brown.”

In his paper Racial Etiquette: The Racial Customs and Rules of Racial Behaviour in Jim Crow America, Ronald L. F. Davis, a professor at California State University, Northridge, noted that black men were called “Boy,” “Uncle,” and “Old Man” to denote inferiority during the Jim Crow era, a period of segregation and discrimination following the Civil War that lasted roughly until the Civil Rights Act of 1964.

Beyond the brand name, the New York Times said the depiction of Uncle Ben with a bow tie was “evocative of servants and Pullman porters,” the African-American men—many of them former slaves—who served white passengers on railroad sleeping cars from the 1860s to the 1960s.