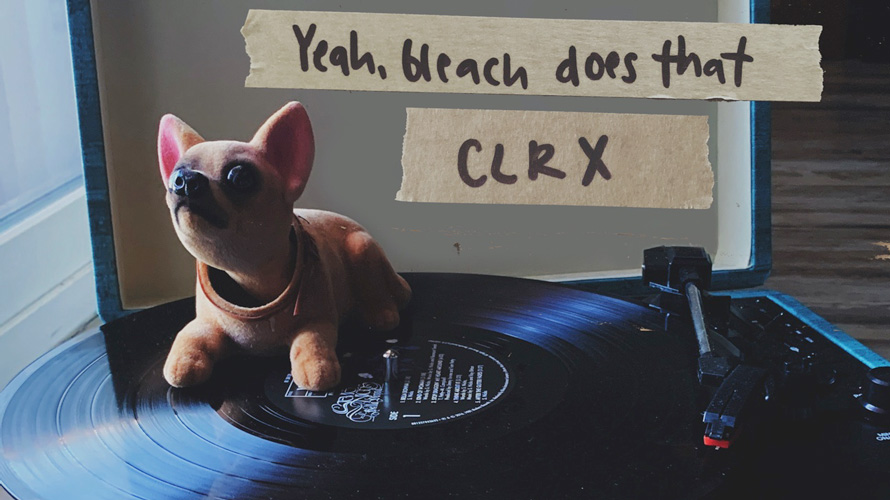 CLRX is another example of Clorox going for more subtlety in its marketing. Clorox

At first glance, CLRX looks a lot like any other relatively unknown musical artist trying to make it big on the internet. Her songs are available to stream on Apple Music and SoundCloud. She posts content on Twitter and Instagram. Her personal website, clrxmusic.com, contains press coverage and tour dates. (Though for now, “There are no upcoming events at this time.”)

Despite only being online for a few months, CLRX has racked up 135,000 YouTube views on her first track, “So Clean,” which talks about new beginnings, rocking white sneakers and having no time for “what’s his name.” Uploaded last November, the video has also earned more than a thousand likes with just eight dislikes. Comments exclaim, “This is legit fire,” “the percussion is so good” and, simply, “Love it.” On Spotify, “So Clean” has been streamed over half a million times.

To top it off, CLRX’s representatives told Adweek that she’s received inquiries from four major recording and publishing companies about potentially signing her to a deal. By all accounts, she’s off to a terrific start for a young, independent artist.

But CLRX isn’t exactly a young, independent artist. The online persona known as CLRX came to be through a partnership between The Clorox Company and Brand Synergy Group, a creative agency that focuses on talent procurement and event production.

Indeed, another listen to “So Clean” reveals that CLRX sings about removing red wine stains from bedsheets, having no more dirty laundry and how bleach “works on everything.”

“‘So Clean’ is about cleaning up life, both emotionally and physically,” said Magnus Jonsson, global vice president of brand engagement and U.S. vp of cleaning at The Clorox Company.

As Jonsson explained it, the strategy behind CLRX is to appeal to young adults in an authentic, non-intrusive manner that’s more about communicating with them than at them.

“[Millennials] have grown up in an era where they have been able to fundamentally reject advertising,” Jonsson said. “So in our approach to driving relevance with this consumer, we needed to have an approach where we were less obvious, less blatant in our advertising, and find a way to connect with them.”

In recent years, Clorox has talked about its effort to win over consumers through nontraditional means, such as focusing more on influencer marketing.

“There will be more marketing, but it’ll be less obvious,” Eric Reynolds, former CMO and current evp at The Clorox Company, told Adweek in late 2018 when discussing his prediction for the future of marketing and how Clorox plans to adjust.

“This is another extension of that,” Jonsson noted in reference to the brand’s thinking around CLRX.

According to Jeff Straughn, CEO and founder of Brand Synergy Group, it all began with the song “So Clean.” With the track in place, the teams collectively agreed to build the campaign like they would for a real artist, with digital assets, social media activity and just as much of a visual component as an audio one.

To help push things along, the agency stirred up some buzz for CLRX by promoting her on Spotify playlists, reaching out music bloggers, and running ads on YouTube and TikTok.

While CLRX has certainly acquired some fans, her connection to Clorox has never been made explicit—though the company has heavily implied it.

Both Jonsson and Straughn said CLRX’s cover of the Clorox ad, created by Clorox’s creative agency FCB, established the link between artist and company for all to see. And there’s some evidence people are picking up on it. “Y’all it’s Clorox the brand lmao,” reads a relatively new comment left on CLRX’s YouTube page.

Yet, without an official declaration or notice, it’s not hard to imagine that the relationship between CLRX and Clorox is lost on several listeners simply browsing the web for more songs to add to their personal playlist.

As for what’s next for CLRX, “There’s a lot of options that we’re exploring currently,” Straughn said.

“We have clearly struck a chord,” Jonsson said. “This has been much more successful than we had anticipated.”