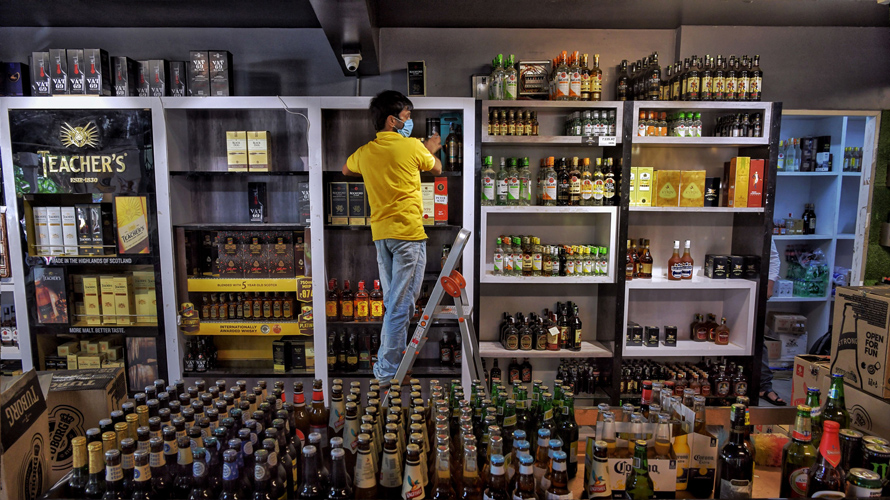 Since on-premise sales ground to a halt, brands have had to rely on retail availability and distribution. Getty Images

One study suggests that 7.5 million small businesses in America could close their doors for good because of the pandemic. In the alcohol industry, that’s the smaller craft breweries, wineries and distilleries—you know, the ones where you spend a Saturday afternoon because it’s the only place you can have a pint named after a local urban legend while also hanging out with your toddler. Those small alcohol producers are struggling far more than large conglomerates like AB-InBev, Molson Coors and Diageo for many reasons:

For Adweek Pro Members: This digital feature looks at the state of the alcohol industry, dissecting who is looking to the future and who is just trying to survive, as well as the variety of factors impacting sales.

With CCPA looming, publishers face decisions about how to alter their data practices. That means less third-party data, and more first-party data. But without scale, most publishers don’t have enough first-party data to avoid taking a hit in advertising revenue.

Analysis: In this Adweek Pro article, we examine the paths publishers can take regarding their data choices.

Not an Adweek Pro Member yet? Join for $6 for your first six weeks to get unlimited access to all Adweek content, exclusive virtual events and more.

President Trump’s Twitter feed has finally led to a confrontation with the social media platform. Twitter included fact checks on multiple misleading tweets from Trump about mail-in voting, which resulted in Trump incorrectly claiming that Twitter was infringing on his right to free speech. However, the opposite is true: The president’s tweets threatening to shut down the platform actually represent a potential free speech issue as the government has no legal ability to shut down Twitter.

Analysis: Legal experts break down the nuances at play in the Twitter v. Trump feud.

Advertisers are finally racing toward the light at the end of the tunnel. Today, Mini celebrated the reopening of its factory in the U.K. with an optimistic ad about moving forward. Nescafe contributed its own message to welcome each and every new day as the situation improves. As the world reopens, expect a flood of similar ads celebrating our return to normal.

Watch it: The spot focuses on the role a morning cup of coffee plays in the ritual of waking up and welcoming the day, including greeting family and colleagues.

In my best Michael Buffer voice: “Standing 10,000 hours of content tall and weighing $14.99 per month, in corner No. 1, it’s HBO Max.” Yes, that’s right we have a new streaming contender as WarnerMedia debuted HBO Max yesterday. It features content ranging from Sesame Street to Turner Classic Movies, as well as the entire Harry Potter library, which it snagged at the last minute. The crowded space still awaits the arrival of Peacock this summer. As Buffer once famously said: “Let’s get ready to rumble.”

Read more: HBO had to create a user experience that made it easier to sift through the treasure trove of content.