'This pleases your gods of industry?' 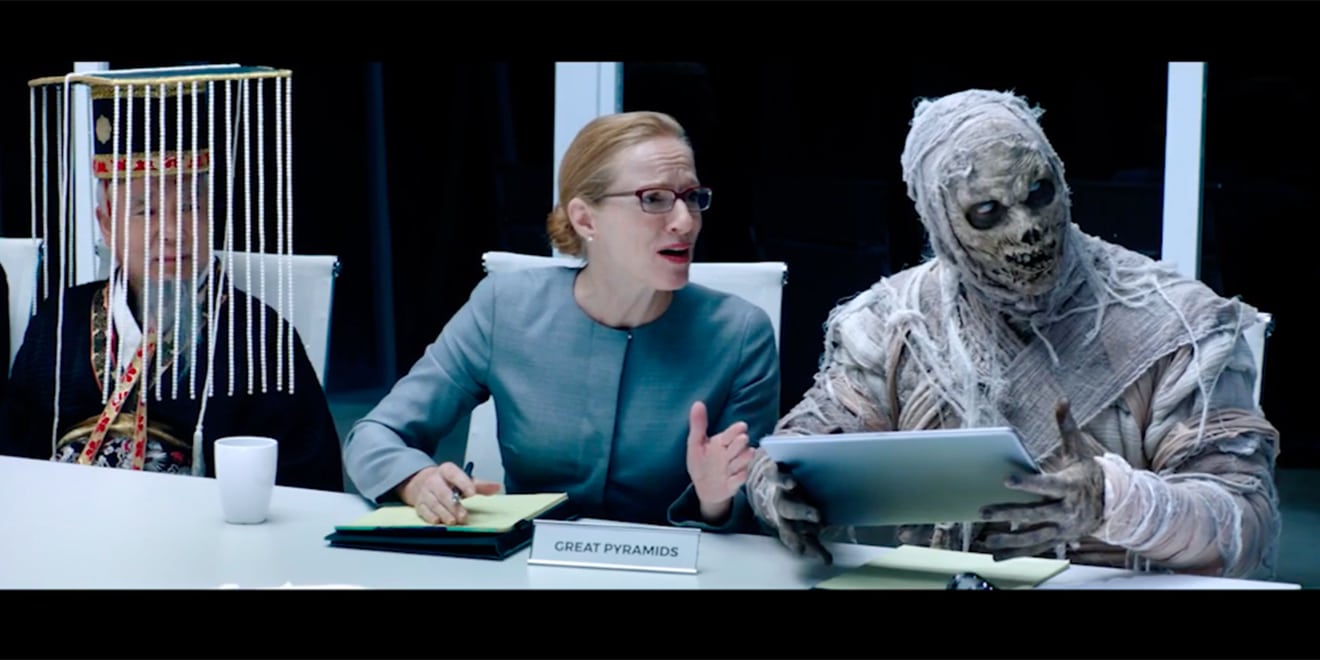 A below-the-radar industrial brand called ErectaStep has a hand in building a whole host of modern marvels, like electric cars and rocket ships for civilian space travel.

But does that put it in league with the Great Wall of China, Machu Picchu and Egypt’s Great Pyramids?

In its first national TV campaign, ErectaStep has dubbed itself “the 8th wonder of the world,” and historical figures like Roman Emperor Vespasian and Egyptian Pharaoh Khufu aren’t having it. Threatening to sue, they meet at the arbitration table with their attorneys to protest ErectaStep’s overreach into their hallowed turf.

The company—boasting Dow, Boeing and NASA as clients—wants to reach business decision-makers with its surprisingly fun promotional video from agency RED7. There’s a 60-second version airing on TV, with this 2-minute extended version available online:

Modular stairs, catwalks and handrails “don’t have to be boring,” says creative director and copywriter Scott Linnen. “We thought we could have a little smart, irreverent fun with its role as modern-day wonder of industry. That, and poke a little fun at this litigious age of ours. But in the end, it’s all just a, ahem, monumental misunderstanding.”

In the spot, a rep from the brand tries to unruffle the famous feathers (a metaphor that doesn’t sit well with the headdress-sporting Montezuma) of those in attendance, explaining why ErectaStep is innovative and essential, while answering questions from the gathered lawyers like, “This pleases your gods of industry?”

The campaign will air on news networks like CNN, MSNBC and Bloomberg and entertainment cable channels such as FX, Comedy Central and Discovery. It includes digital, print and content on Erectastep.com.